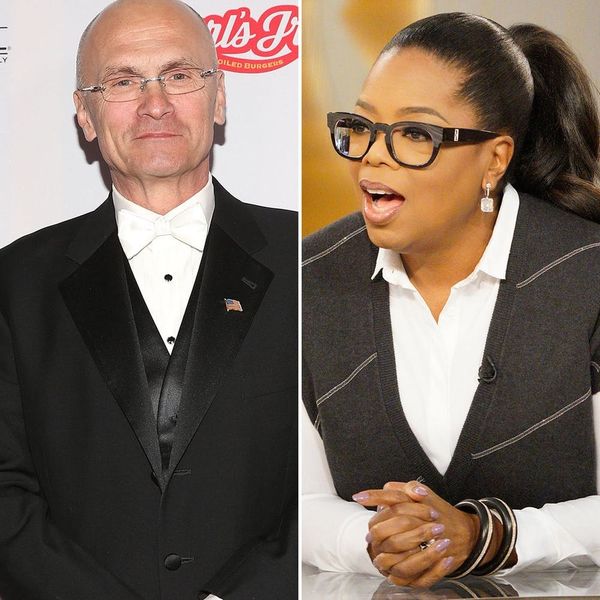 There are a lot of empty desks in President Trump’s office at the moment. Currently, Trump only has 12 of his 22 cabinet nominations confirmed. That’s less than any other president in recent history. In fact, you’d have to go back as far as George Washington to see a president who filled his cabinet at such a slow rate. But to be fair, the glacier pace isn’t because of Trump’s lack of motivation to get those seats filled. It’s more about who he’s chosen to fill them.

A number of Trump’s cabinet picks have been met with vicious and unprecedented aversion from Democratic senators (like Betsey DeVos and Jeff Sessions). But some are being ejected on account of new information. On Monday, national security adviser Michael Flynn resigned after just 24 days on the job due to mysterious (and potentially illegal) communication he had with Russian intelligence. Additionally, labor secretary nominee Andrew Puzder just withdrew from consideration. And in an unexpected turn of events, it looks like Oprah Winfrey played a influential role in that resignation. Let’s discuss the deets.

WHO IS ANDREW PUZDER?

Like many of Trump’s cabinet appointments, Puzder was a major supporter of Trump’s campaign. He’s a commercial trial lawyer and fast-food exec at Carl’s Jr. His nomination was met with criticism from the get-go as many feared he would prioritize business over people, a problematic mentality to have when you’re running for labor secretary.

Puzder’s critics were wary of his positions against increasing minimum wage and improving overtime benefits. Naturally, these beliefs didn’t sit well with Democrats. But he also had a number of Republicans who opposed him because of his liberalized immigration policies. He was scheduled to have his confirmation hearing today (Thursday, February 16), a process that had been delayed for weeks due to an ethics review that was looking into his expansive personal wealth. However, yesterday Puzder abruptly withdrew his resignation.

His proposed policies were controversial to be sure, but ultimately, it was two elements of his personal life that made a Senate confirmation unlikely. The first was related to personally employing an undocumented worker who he did not pay taxes for. According to the Washington Post, Puzder told the Senate Committee on Health, Education, Labor and Pensions this month that he was unaware of the housekeeper’s immigration status when he hired her and that he paid federal and state back taxes after terminating her employment.

Additionally, murky and potentially abusive circumstances surrounding his prior marriage began to swirl… which was when Oprah Winfrey swooped down from the Santa Barbara heavens and dropped off a tape in DC that played a major role in withdrawing his nomination.

In 1990, Puzder’s ex-wife Lisa Fierstein was a guest on “The Oprah Winfrey Show” during an episode called “High-Class Battered Women.” If you watched the old episode out of the blue, you might not even realize it’s her. She showed up in disguise, wearing large sunglasses and a wig. It has since been confirmed that it is, in fact, Fierstein on the tape.

On the tape, Fierstein tells some troubling stories about Puzder. She says he told her “I will see you in the gutter. This will never be over. You will pay for this.” She also goes on to say, “Most men who are in positions like that don’t leave marks. The damage that I sustained you can’t see. It’s permanent. … They don’t hit you in the face. They’re too smart. They don’t hit you in front of everyone.”

There’s been talk of the tape for a while, but it proved difficult to find. Eventually, The Oprah Winfrey Network turned the tape over at the Senate’s request, but refused to provide a copy to the media. But it’s important to never underestimate the determination of journalists on the hunt for a story. Yesterday, Politico was able to obtain the tape from another woman who appeared on the episode.

Puzder has denied any allegations of abuse. And adding to the confusion, Fierstein has since gone on to do the same. Shortly after she appeared on the show, she retracted her allegations of domestic abuse as part of a child custody agreement.

Additionally, she wrote a letter to the Senators on the Health Education Labor and Pensions Committee last month, in which she wrote, “I regret my decision to appear on that show.” She goes on to explain she simply got “caught up in the notion of a free trip to Chicago [where the show was filmed] and being a champion of women and women’s issues.”

IS THIS THE NEW NORM?

Allegations of domestic abuse isn’t exactly a new issue for this administration. In 1996, Steve Bannon’s ex-wife Mary Louise Piccard claimed Bannon grabbed her by the neck in the middle of an argument. According to Salon, Bannon was charged with domestic violence, misdemeanor witness intimidation and traumatic injury and battery. He pleaded not guilty and the case was dropped after his ex-wife didn’t show up to court.

Additionally, at least 15 women have come forward with stories of unwanted sexual advances by President Trump himself. Read more about each of those instances here.