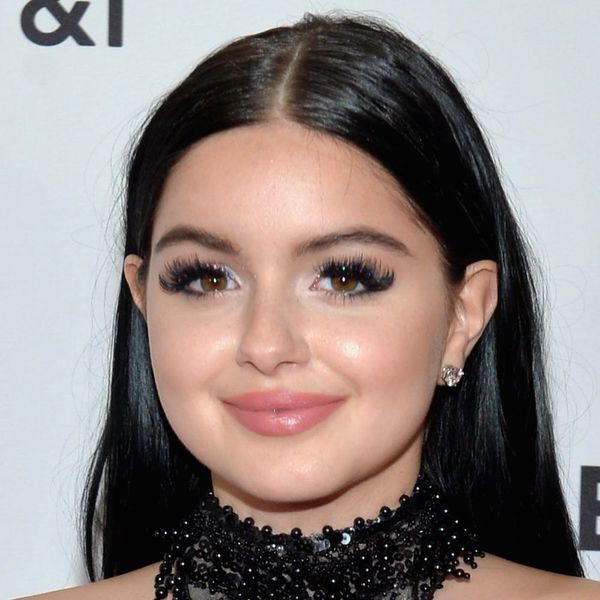 When she’s not dishing out body positive beach wear advice, Ariel Winter plays smartypants Alex Dunphy on Modern Family. And while Alex might be known for her signature dark hair and glasses, Winter just debuted a look that’ll make you ask, “Dunphy who?” Instead, the 19-year-old recently walked the red carpet looking a lot like ANOTHER famous fictional character: the Little Mermaid.

The actress stepped out onto the red carpet for the LA Dodgers Foundation’s Blue Diamond Gala in a black bodycon Thai Nguyen Atelier mini with horizontal stripes, and while the dress was definitely attention grabbing, it was her hair that stole the spotlight. The voice of Bambi II was a dead ringer for our (other) favorite Ariel, with her loose mermaid locks in a stunning shade of red.

It’s not the first time Winter has gone crimson — she debuted a similar look back in 2014 and again for a film in 2016 — but she did take it to new heights (or should we say LENGTHS) with the updated 2017 version.

bb 🍒 thanks to @ninezeroone ❤️

Winter got her new cherry tresses courtesy of the of-the-moment celeb salon, Nine Zero One. Frankly, we’re digging Winter’s bolder look! BTW, anyone else hearing “Under the Sea” in their heads right now, or just us?

What do you think of Ariel’s newish hue? Tell us over @BritandCo.