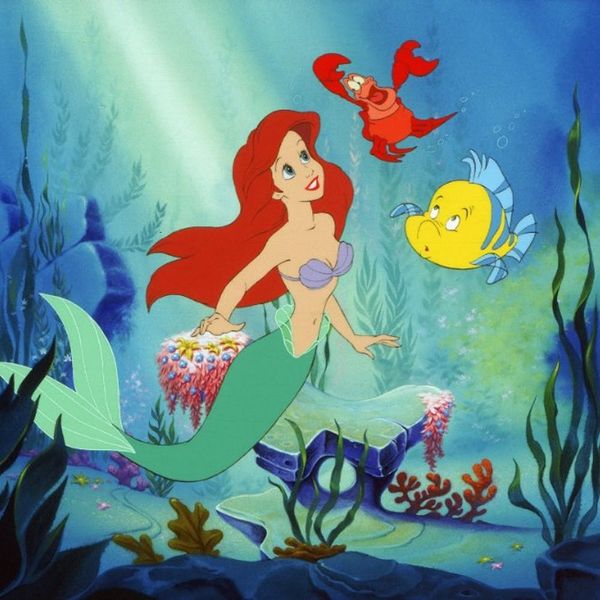 Disney may love to bring us animated fairy tales, but lately they’ve been all about the live-action remakes, even announcing plans for nine (!) live-action films that will see some of the biggest stars taking on iconic kiddie-friendly roles. From more Maleficent and, of course, Alice Through the Looking Glass to Emma Stone as Cruella De Ville and a Tim Burton take on Dumbo, there will be plenty of reasons to visit theaters if Disney has anything to say about it. And to keep you firmly in your theatre seat (unless you’re jumping up with excitement over this news), Disney might be making a live-action Little Mermaid movie. Eeeeeee!

The idea of remaking the beloved 1989 fishy tale is apparently being discussed by producers, according to Deadline, which may seem a little odd considering Refinery 29 reports that there’s already a live-action Little Mermaid movie in the works (although it may be in trouble, since Sofia Coppola ditched the project because of “creative differences” after Chloë Grace Moretz was cast in the lead role). With Chloe on board for the possible competitor film, we have to wonder which names are floating around to play Disney’s Ariel. Perhaps an ideal role for new redhead Brie Larson or maybe the perfect part for Elle Fanning?

The possibilities for Prince Eric are almost too drool-worthy to consider, not to mention who might voice our faves: strict Sebastian, friendly Flounder and, of course, silly seagull Scuttle.

Although it may seem like an impossible endeavor to bring realistic mermaids to life, if anyone can do it (and do it right), it’s Disney. With their current mastery of turning our fave fairy-tale stories into real-life spectacles on screen, the idea of seeing real(ish) mermaids swimming through the water and meeting the fabulously evil Ursula is almost too exciting to imagine. And, honestly, who among us hasn’t tried to brush our hair with a fork?

If you have any doubt that Disney will do the Little Mermaid justice, take a peek at the teaser trailer for the live-action Beauty and the Beast movie starring Emma Watson and just try to not feel ALL of the feels. Seriously, shivers!

Would you love to see a live action Little Mermaid? Tweet us @BritandCo!