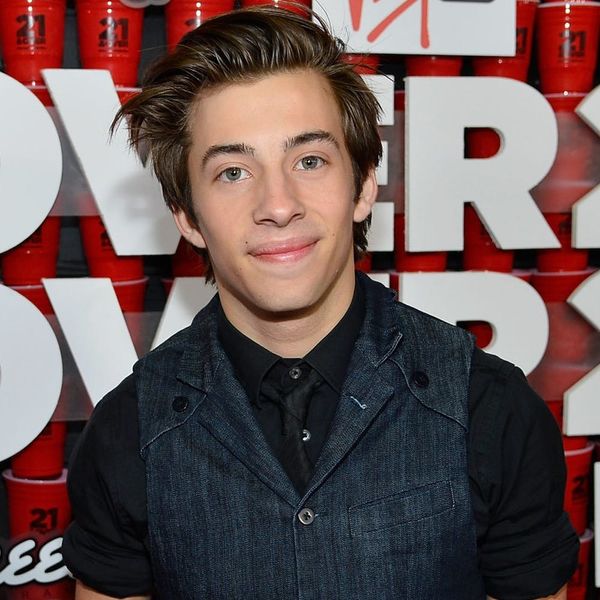 Actress Asia Argento was one of the first women to accuse movie mogul, Harvey Weinstein of sexual violence last year, becoming a leading voice of the #MeToo movement. Now, Argento stands accused of sexual assault, which the actress-director denies, and of allegedly covering up the assault by paying off the accuser. The alleged victim is 22-year-old Jimmy Bennett, an actor who was a teenager at the time of the alleged assault. A few days after the story broke in the New York Times, Bennett has spoken out.

The New York Times story about the alleged assault reveals that Argento is accused of sexually assaulting Bennett five years ago when Bennett was 17 years old. Argento also reportedly paid Bennett $380,000 in a legal settlement last year. Bennett posted a statement to his Instagram account on Wednesday, addressing what happened to him and the stigma of surviving sexual abuse as a man.

Despite the prevalence of female survivors, sexual violence against men is common. According to the Rape, Abuse & Incest National Network, one in 10 rapes committed in the US are against men. Men between 18 and 24 who are also college students are statistically likeliest to experience sexual abuse.

Bennett’s statement begins by acknowledging the many people — both men and women — who have recently come forward to name their powerful abusers, and said that he “did not initially speak out about my story because I chose to handle it in private with the person who wronged me.” After the story of Argento’s alleged abuse broke this week, Bennett writes that he was “ashamed and afraid to be a part of the public narrative.” Bennett’s statement also confronts the stigma that comes with being a male survivor of sexual violence.

Many survivors deal with stigma, shame, gaslighting, and all kinds of harmful messaging because sexual abuse is still not always taken seriously, or even seen as a problem, by some people. Coming forward about an experience of sexual violence as a man can mean having your masculinity and possibly sexuality called into question, in addition to the possibility of being told nothing bad happened or to just “get over it.”

In a statement sent to New York journalist Yashar Ali, Argento refuted the claims of abuse. She also said that her partner, the recently deceased author, chef, and TV star Anthony Bourdain gave financial support to Bennett so that Bennett would not damage either Bourdain’s or Argento’s reputations while the resurgence of #MeToo was playing out last year.

This whole thing with Harvey Weinstein is giving me PTSD. Why? Because this kind of thing happened to ME. (1/Cont.)

Actor Terry Crews was among the first prominent male actors in Hollywood to speak out about sexual abuse perpetrated against men in the wake of accusations against Weinstein. In October last year, Crews wrote in a series of tweets that he was groped by a Hollywood executive at a party years ago.

Crews says he didn’t tell his story at the time because he feared being “ostracized.” Some asked Crews why he didn’t just use physical force against the abuser, to which he responded that he feared being arrested or worse if the situation escalated and police came to the scene. This summer, Crews testified about his experience in front of the Senate Judiciary Committee in support of the Sexual Assault Survivors Bill of Rights.

Bennett, too, said he will “move forward” from the alleged abuse, “no longer in silence.”