14 Vintage Baby Boy Nicknames That Are Making a Comeback 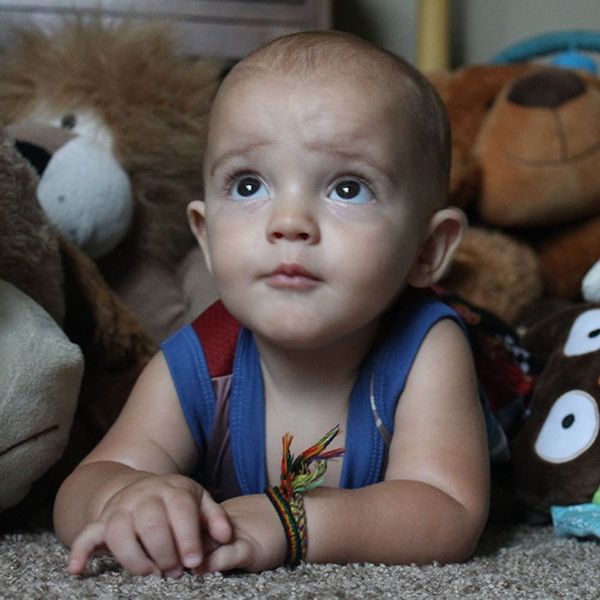 Here is Part Two of our search for fresh vintage nickname baby names, and this time we’re looking at boys’ baby names that at one time registered on the top 1000 baby name list.

Some of these names have long been completely off the radar, while others will be somewhat more familiar.

1. Arch — Archie, the familiar form of Archibald, has made a stupendous comeback in England and Wales, now ranking at number 16, but the shorter form, Arch, is nowhere to be found. It was on the list for most years from 1880 to 1923, hitting the top 300 in the 1880s. We think it could make an interesting word name choice for, say, an architect.

2. Audie — Audie had his moment in the sun via Audie Murphy, a highly decorated World War II hero turned movie star, though it was already on the list in 1895. It has also appeared on the girls’ side, as a diminutive of Audrey. Also: Augie and Alvie.

4. Cleve — The smooth, sophisticated short form of Cleveland was on the popularity list until 1960 (the SS list is actually wrong on this.)

5. Dock — Looking for a rare word name related to the sea? The un-rediscovered Dock was on the SS list for almost 50 years, sailing into the sunset in 1946.

6. Ike — When General Dwight Eisenhower was running for president, there were buttons reading I LIKE IKE! Well, I kind of like Ike, in an Ace-Zeke-Mike kind of way. It was usually a nickname for Isaac, but musician Ike Turner was born Izear.

7. Lonzo — A number of earlier parents chopped the A off the beginning of Alonzo to give their sons this lively name. It ranked highest in the 1880s, and except for a few skipped years was on the list for half a century.

8. Loy — In addition to Roy, early-20th-century parents also liked Coy, Foy, Floy and Loy, of which Loy seems the most usable today. It was probably a nickname for Aloysius and/or Loyal and was seen regularly on the list until 1953, at its peak in 1903. Several noted athletes and politicians have worn the name.

9. Ned is a sweet and gentle old-fashioned Edward nickname that’s perfectly able to stand on its own. The full name of the Ned Flanders character on The Simpsons is Nedward. Ned was on the charts until the mid-70s, peaking at number 291 in 1907.

10. Nello — The mellow but lively Nello appeared in the lower echelons of the list only three times — in 1914, 1915 and 1921. The impetus probably came from the name of the main character in Ouida’s popular 1872 novel A Dog in Flanders.

11. Nunzio — An Italian nickname associated with Annunziata, it also means “messenger” in Italian. It was the birth name of the Beat poet Gregory Corso.

12. Ollie — A unisex nickname for both Oliver and Olive, Ollie was on the pop list for three-quarters of the 20th century. It’s now number 44 in Northern Ireland, 60 in Scotland and 80 in England and Wales.

13. Wilkie — The Scottish Wilkie is one of the plethora of nicknames for William. A one-hit wonder, it was on the list only in 1940, the year Wendell Willkie ran for president. Wilkie Collins was a famous 19th-century novelist, Wilkie Twycross is a Harry Potter character, and Sarah Jessica Parker and Matthew Broderick used Wilkie as the middle name for son James.

Which of these comeback kid baby names is your favorite? Share your thoughts in the comment section below.

This post was originally published on Nameberry by Linda Rosenkrantz.