Why All Couples Should Take a Babymoon (for Every Baby!) 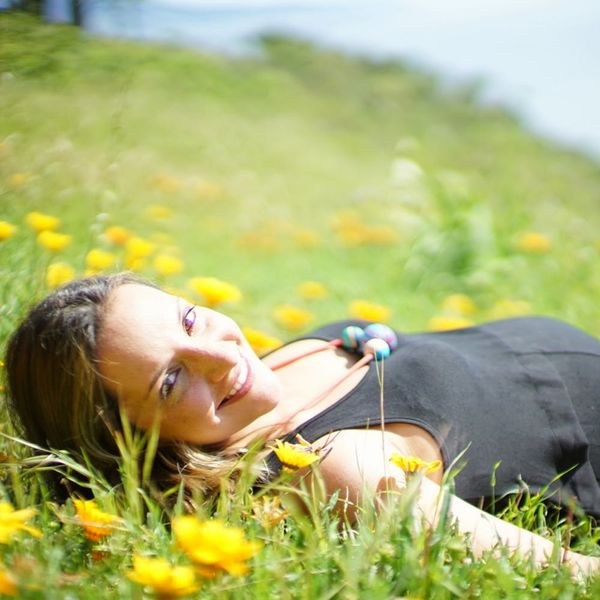 Post-wedding, newlyweds immediately jet off on a honeymoon vacation. A trip meant for the newly married couple to connect without any stress? Yes, please!

These days, more and more couples are also adding another signature vacation to their travel list — a babymoon. What’s a babymoon? Basically, exactly what it sounds like: a relaxing trip taken shortly before birth as a last getaway before your newborn arrives. It’s a time best spent without kids around, so that you and your significant other have a bit of peace and calm before the postpartum storm. Most people aim for the third trimester to take such a voyage, and typically go somewhere warm and tropical where loose clothing, bare feet and iced drinks are the norm (every pregnant woman’s dream).

My husband Dave and I took an incredible trip to Hawaii prior to giving birth to our first child, Ansel. This year, we decided to take a slightly different trip for Baby #2.

After wrapping up key moments for Brit + Co and back-to-back-to-back-to-back-to-back (WHEW!) business trips that took me to five cities in Europe, Canada for the TED 2016 conference, NYC for an appearance on the TODAY Show, Minneapolis for a visit to our friends at Target HQ and Austin for SXSW, I needed a calming trip to recharge myself so I could give 110% during the end of my final trimester.

And frankly, due to so much business travel, I was completely turned off by the idea of flying somewhere far away on a plane.

Adding to the restriction of no flying was the rampant spread of the Zika virus and all the crazy warnings issued by the CDC. Basically, my doctor told me that all the most amazing tropical islands were off limits — bye bye, Mexico, Caribbean and anywhere warm and awesome within three hours of the US. Essentially, we only had one babymoon option left: a California road trip.

And not just any old road trip. Dave and I are both obsessed with architecture, design and nature, so we planned each leg of the trip to serve as creative inspiration with those themes in mind.

We started in Los Angeles, home of SO MUCH incredible architecture!

It has always been a bucket list item of mine to visit the Eames case study house. If you don’t know the backstory, Charles and Ray Eames were some of the most significant designers in the 20th century. Charles was a notable mid-century architect, and his wife, Ray, was a graphic designer (who happened to love color… a woman after my own heart). The two of them built this incredible modern home way back in the 1940s, and it’s still an iconic home today.

While in LA, we also got to check out the acclaimed Schindler House as well as the Garcia House, nicknamed the “Rainbow House” because of its unique shape. The owner showed us a photo album of all the famous celebrities who have visited and/or done photo shoots there. So cool.

Prior to heading north up the coast, Dave and I stopped for some Lucky Charms ice cream and an impromptu photoshoot in Venice. Because when your hoodie matches the wall, you have to take a photo. Right? :)

While traveling up the coast, we stopped by the town of Ojai to check out the infamous outdoor bookstore, Bart’s Books. (Um, can I please build one of these in my backyard!?)

Marie Claire), this place was the central meeting spot for all kinds of celebrities, business titans and politicians back in the ’20s and ’30s. And though its size was super overwhelming (there were 56 bedrooms and 61 bathrooms!), it was so neat to consider how many 20th century icons stayed as guests — from Charlie Chaplin to Franklin Roosevelt.

We finished off our babymoon with a weekend in Big Sur, California, potentially one of the most beautiful places in the US. There was no TV and very little WiFi, so Dave and I got to simply unplug and enjoy the ocean view and spring wildflowers.

Some people have asked me if babymoons are worth it, and to that I answer HECK YES! The month or two before a new child arrives is such a precious time for your small family. Things will literally never be the same again once that new baby has arrived. And while new babies are all kinds of awesome, they also bring stress, a lack of sleep and general frustration for new parents. Trust me when I tell you to take the time — just a few days, a long weekend, a road trip like ours or even a staycation — for you and your partner before the craziness begins.

And for those of you who may already have a kid, my advice is to leave them at home! This is not a family vacation. It’s a time for you and your spouse to go on an adventure, be romantic, sleep more than 8 hours (!) and hit the pause button on family life for a brief moment in time.