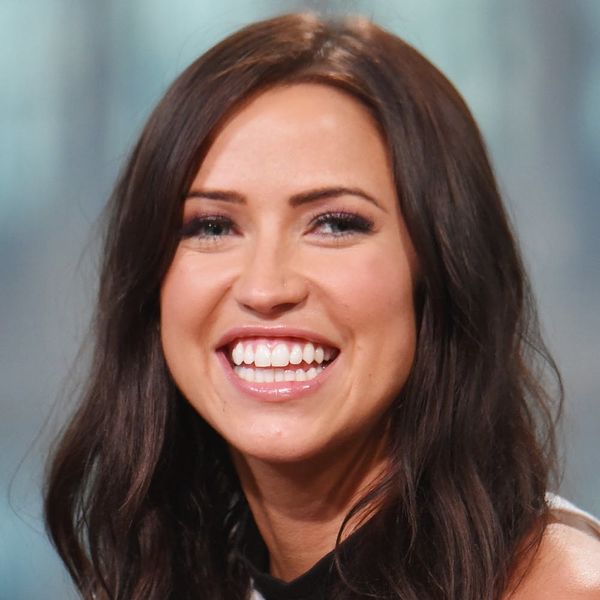 When it comes to Hollywood, there’s no such thing as a “traditional” family. More and more, celebs are exploring their options when it comes to having children, whether it’s through surrogacy, adoption (as Kristen Stewart and Alicia Cargile hope to do), or natural childbirth.

There’s another form of family planning that you don’t hear about quite as often, however: freezing your eggs. Kim Kardashian West underwent the treatment on Keeping Up With the Kardashians, as did Sofia Vergara (who’s currently embroiled in a legal battle over their use), but for the most part, it’s not widely discussed.

One celeb, however, is getting totally candid about her decision to take the belated route: Bachelorette Kaitlyn Bristowe.

When one Twitter user posted a rumor that Bristowe and her fiancé Shawn Booth might soon be expecting after she was spotted getting her blood drawn at Bachelorette Whitney Bishoff’s offices, Bristowe was quick to reveal the truth, saying that she had actually decided to freeze her eggs.

Noooo I'm freezing my eggs. And giving them to whitney and Ova to babysit. https://t.co/N5rlmReLs6

She also explained why when another inquired as to her reasoning.

I'm taking control of my future! As a woman there's always pressure to have babies, and this puts my mind at ease for when IM ready. https://t.co/xPp5rF1OFV

In fact, she, along with fellow Bachelor nation babes Andi Dorfman and Carly Waddell, have all participated in a campaign with Ova Egg Freezing, with Waddell sharing her reproductive journey via video diary.

Always impressed by her strength & courage, but even more so after these past few weeks! Very proud of her for taking control of our future and continuing to empower others! #ovaeggfreezing (and it doesn't hurt when you have the best nurse & friend out there @whitb624!!)

Booth, was more than supportive of Bristowe’s decision, taking to Instagram to write a sweet message of support. “Always impressed by her strength and courage, but even more so after these past few weeks! Very proud of her for taking control of our future and continuing to empower others! #ovaeggfreezing,” he wrote.

Despite the fact that studies show that only six percent of women actually go on to use those eggs, it is an extremely personal decision, as Progyny nurse and clinical educator Trish McMorrow recently told us, and one we applaud Bristowe for not only making, but sharing as a source of inspiration for those that may need it.

What do you think of Kaitlyn’s reproductive choices? Share with us @BritandCo.