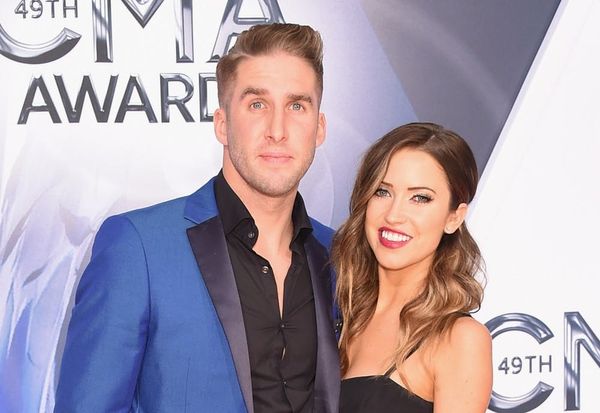 Another Bachelor Nation couple has called it quits. Former Bachelorette Kaitlyn Bristowe and her fiancé, Shawn Booth, announced on Friday, November 2, that they’ve decided to call off their engagement.

“After three incredible years, we have decided to go our separate ways,” the couple said in a joint statement to People. “This difficult decision comes after thoughtful, respectful consideration. Even though we are parting as a couple, we’re very much committed to remaining friends and we will continue to support each other.”

The statement continued: “Due to the nature of how we met, our relationship has always been very public, and we have enjoyed sharing it with all of you, but we ask that you respect our decision and our privacy at this time.”

Bristowe and Booth met and fell in love on season 11 of The Bachelorette, which aired in 2015. Vancouver native Bristowe chose Booth over runner-up Nick Viall, and he proposed on the finale, which aired in July of that year.

After their season ended, the couple moved to Nashville together. As recently as last December, they were busy planning their wedding — Bristowe was even working on the designs for her dress. “It feels so pretty and it’s girlier than I thought it would be,” she told E! at the time. “But there’s also an edge to it which makes me feel like, ‘Oh, this is so me.'”

The couple also said they were open to having their wedding filmed for TV. “If the opportunity was right, I think we would talk about it,” Booth told Us Weekly in September 2017. “Watching Carly and Evan’s wedding and just being there was such a beautiful ceremony. If that was something offered to us, we would definitely think about it.”

More recently, though, fans had begun to speculate about their status of their relationship. The rumors escalated to the point where Bristowe felt compelled to address them on her podcast. “Shawn and I are 110 percent committed to each other and, yes, we are still together,” she said in August of this year. “If you’ve ever been a person who is running a successful brand or business and a person who is doing the same but in a different career path, you know times can be tough. You are both always away, you’re exhausted at the end of the day, sometimes the relationship isn’t being put first — but does that mean you call it quits? No. You love the sh*t out of each other and you work through it.”

Desiree O
Desirée O is a ‘Professional Bohemian’ who loves anything and everything related to the arts, entertainment, and pop culture. She ADORES being a ‘Newsy’ for Brit + Co, covering all of the latest tidbits of awesomeness that you want to read about. When she’s not writing, she’s either making messy art, going on long adventurous walks with her camera, or poking around over at bohemianizm (http://www.bohemianizm.com/). You can find out about Desirée O and her work at http://DesireeO.com/ or follow her on Twitter @DesireeO.
Celebrity Breakups
Celebrity News
Celebrity Breakups The Bachelorette