Can You Decode These Hints About Becca Kufrin’s Season of ‘The Bachelorette’? 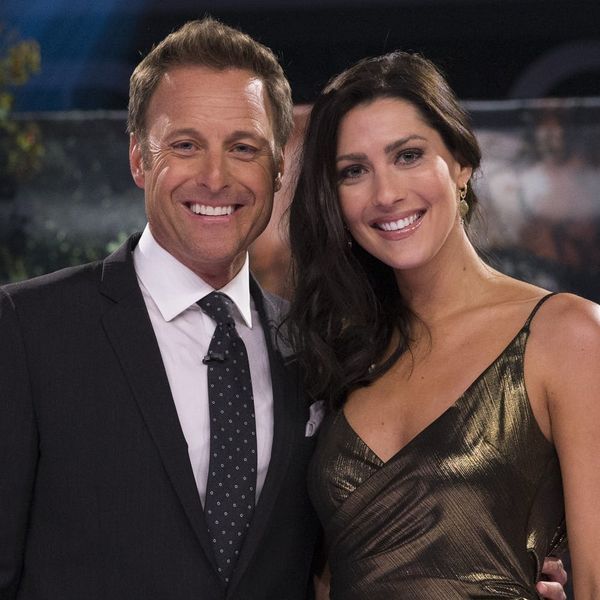 We’re pretty excited to see Becca Kufrin as the next Bachelorette, especially after the way her relationship with Bachelor Arie Luyendyk Jr. ended last season. And if these hints from series creator Mike Fleiss are any indication, Kufrin’s “journey” is going to be a wild one.

Fleiss has been tweeting up a storm in recent days, dropping hint after hint about season 14 of The Bachelorette, which is filming as you read this. On April 21, he shared a (pretty gross) GIF of an exploding head, with the message, “Seriously #Bachelornation. Minds. Blown.” The graphic was met with some understandably horrified responses (including from Bachelor Nation’s own Derek Peth), but fans couldn’t help wondering what had sparked such a strong reaction from Fleiss, who has seen A LOT during the reality TV franchise’s many seasons.

He followed that with this clue the next day: “First hint for #BachelorNation … 3>2.”

Fortunately for us, Fleiss popped back onto social media to share another hint, tweeting, “Second clue for #BachelorNation … A blast from the past.”

Second clue for #BachelorNation … A blast from the past.

This is another potentially huge development. It could mean either a blast from Becca’s past — we all remember her ex-boyfriend Ross showing up in Peru in an attempt to win her back — or, even better, a blast from the show’s past. Perhaps we’ll see a Bachelor Nation alum amid Kufrin’s potential suitors? (We’re keeping our fingers crossed that it’s fan-favorite Peter Kraus.)

Fleiss’ third clue seems to confirm that someone (or multiple someones?) will get down on one knee at the end of this season. “Clue No. 3 for #BachelorNation … It ends in proposals,” he tweeted.

Clue No. 3 for #BachelorNation … It ends in proposals.

We’re guessing those are someone’s initials, but since we haven’t met all of the men yet, it’s impossible to say whose. It could be a former Bachelor/Bachelorette star, too, but most of the JPs we’re thinking of (J.P. Rosenbaum, Juan Pablo Galavis) are married, with the exception of Jake Pavelka.

In any case, it certainly sounds like this season is going to be interesting.

What do you think these Bachelorette hints mean? Let us know @BritandCo!

Desiree O
Desirée O is a ‘Professional Bohemian’ who loves anything and everything related to the arts, entertainment, and pop culture. She ADORES being a ‘Newsy’ for Brit + Co, covering all of the latest tidbits of awesomeness that you want to read about. When she’s not writing, she’s either making messy art, going on long adventurous walks with her camera, or poking around over at bohemianizm (http://www.bohemianizm.com/). You can find out about Desirée O and her work at http://DesireeO.com/ or follow her on Twitter @DesireeO.
The Bachelorette
TV
The Bachelorette TV