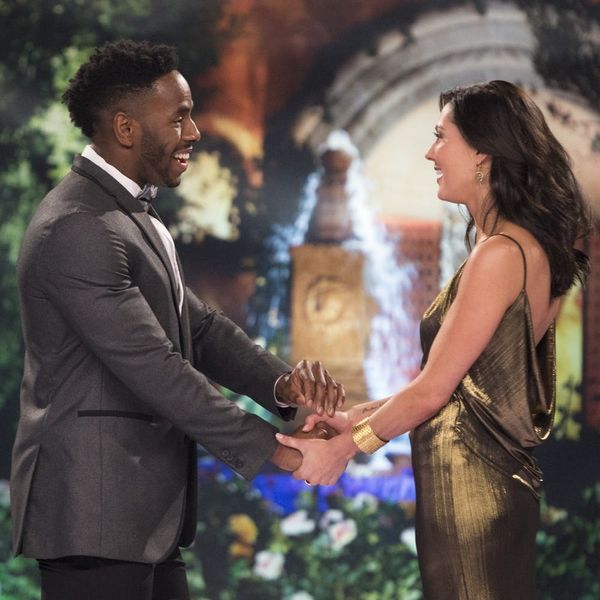 As The Bachelor season 22 came to an awkward end, Chris Harrison announced on Tuesday’s After the Final Rose special that contestant Becca Kufrin would be getting a second shot at love as the next Bachelorette — and Bachelor Nation couldn’t be happier.

Becca, 27, seemed like a lock for the role after Arie proposed to her and then dumped her for the runner-up, Lauren — all on national television. Once it was made official, the congrats started pouring in.

1. The most recent Bachelorette, Rachel Lindsay, sent some words of wisdom, telling Becca to “go get it, girl!!!”

Heartache is always a pit stop on #thebachelor journey but once you become #thebachelorette, you are in the driver’s seat and you can control your own happy ending. Go get it girl!!! Congrats @thebkoof

2. And the most recent Bachelorette runner-up, Peter Kraus, told her she was going to make for an incredible leading lady.

From one Midwesterner to another, congrats to an amazing, strong, beautiful woman, Becca Kufrin! You will make for an incredible @BacheloretteABC #gogetyourmans😊

3. The very first Bachelorette, Trista Sutter, sent not only her support — but also reassurance that Arie was not the one. Not even close!

Yes @thebkoof! If Arie considered you the safe option, and was not only thinking of someone else, but in love with someone else, you don’t want that. You don’t deserve that. No one deserves that. Everyone deserves truth in love and their future. ❤️#hewasnttheone #hewasntyourone

4. Carly Waddell, a franchise success story, can’t wait to watch the rest of Becca’s journey, and emphasaized how much she deserves a second chance.

SO HAPPY FOR BECCA!!!! Can’t wait to watch her fall in love l!!! Sooooooo deserves it! #TheBachelor #thebachelorette

5. And Carly’s husband, Evan Bass, said his heart was full. He was also worried about Becca being introduced to weirdos.

Congrats on being The Bachelorette, Becca! You will continue the class act and make the rest of us feel like angry psycho crazies. Oh just me? I’ll take it. ☺️

8. Ben Higgins encouraged her to keep her heart high. He also responded to fans telling him to date her by saying she might have a few other dates to go on first.

You think?? I feel like @thebkoof has a few other dates to go one soon. Keep your heart high @thebkoof, keep the faith and enjoy the ride. #thebachelorette https://t.co/SaUKO5VXWE

9. Vanessa Grimaldi warned ABC to give Becca good casting options so she could “find herself a real man.”

11. Raven Gates, who found love with Adam Gottschalk on Bachelor In Paradise season 4, said she hopes Becca finds her own Adam. Aww.

Becca’s Bachelorette season is already off to a fun start. Moments after telling host Chris Harrison on the After the Rose special that she was ready for the next chapter in her life and wanted to be “the best damn Bachelorette I can be,” he brought out some of season 14’s contestants for her to meet. Between the horse, the banjo, and the Arie zingers, so far, things seem promising.

“Words can’t express everything I’m feeling tonight, but I’m so beyond grateful for the love, support, and well-wishes,” Becca wrote on Instagram. “I’m beyond excited for this next chapter of my journey and to have shared the start of that all with you tonight. Now we’re doing the damn thing.”

What do you think of Becca as the new Bachelorette? Let us know @BritandCo!