The Bachelorette’s Peter Kraus on His Adorable Dog, Guilty Pleasures, and How NOT To Get a Date With Him 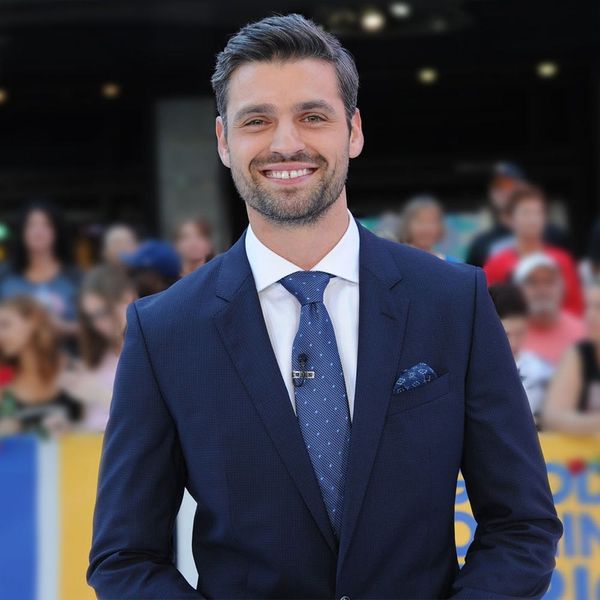 We all have those defining pop-culture moments in life. You probably remember exactly where you were when Britney and Madonna kissed at the VMAs, when the Spice Girls teased us with a reunion tour, and when Bachelorette favorite Peter Kraus told Rachel Lindsay he was so devastated about their breakup that he walked past her cried-off false eyelashes for two days. It’s been eight months since Kraus left the mansion, and as much as fans wished/hoped/desperately begged for him to star in the franchise’s most recent season of TheBachelor, Kraus made it clear he wouldn’t be coming back.

Instead, the 31-year-old is focused on getting back to real life: hanging at home in Madison, Wisconsin; spending time with his adorable dog Daisy; and growing his budding boot camp empire, Worth Fitness. We caught up with Kraus to talk about life after The Bachelorette, what he thinks of the franchise’s new leading lady, and where you can find him most weekends.

B+C: Hi Peter! You were such a favorite on the show. I’m sure fans are always super excited to meet you in real life. What is the Bachelorette moment they tend to ask you about most often?

Peter: Everybody always asks me if I really did love Rachel. A lot of people seem to think that show isn’t realistic in what people do or say. A lot of people think it’s scripted or manipulated. I have to explain that everything that came out there may not have come out in its entirety as to how it actually happened, but the core of it is true. The feelings, the emotions, the conversations, those are all real. Yes, I did actually fall in love with Rachel on the show. Unfortunately, things didn’t work out, but it’s a very common question that I get almost daily.

B+C: The new season of The Bachelorette isn’t far off. What advice would you give the new crew of guys?

Peter: Be yourself, that’s a pretty simple one. And just know that the cameras are going to be there no matter what. So even if it feels uncomfortable, just try and enjoy the moment and not think about them. Keep your eyes on the girl. Becca is great. She seems really awesome.

We shared clothes, we shared a bed, we even shared a girlfriend for a period of time, which I'm still not really sure how I'm supposed to feel about🌹🤔🤔😑 But above all that, we shared one of the best friendships of this life time. You're like the younger brother I never wanted, but am SO glad that I now have🙃 I love you like my own. Incredibly sad to see you go this week, but truly happy to continue this brotherhood now on the other side. #batmantomyrobin #patricktomyspongebob #tbt 📸 @mfirestone12

B+C: A lot of Bachelor alum tend to remain close after the show. Is there anyone you still talk to frequently?

Peter: Oh yeah, just about every guy [from my season] is in a big group text. I talk to a few of them pretty regularly. Dean [Unglert] and Alex [Bordyukov] are two guys that I talk to almost daily. They’re really close buddies.

B+C: How has the dating game changed for you since being on the show?

Peter: It has been… interesting. I get a lot of messages on social media asking if I can meet them and just give them a chance. I’m trying to lay low. I’ve been on some dates but I’m not exclusively dating anyone at this point. I’m trying to focus on other things in my life until all the attention of the show fades away and I can tell what their intentions are.

B+C: So you’re saying, sliding into your DMs isn’t the way to Peter Kraus’ heart?

Peter: Definitely not, nope. I get a fair amount of them. Not as many as when the show was really at its height. It’s not the right way to go about it. Meet me in person. I’m traveling the country doing my boot camps, so I guess that’s one option.

B+C: When you’re not working, what does an average weekend look like for you?

Peter: I’m actually packing up right now. I’m headed down to San Antonio this weekend. I’m going to the Final Four with Capital One. I am [usually] almost never free on weekends though. I’m usually always hosting one of my boot camps. If I am home, I’m usually just plugging away at the computer and hanging out with my dog.

Psst! If you’ll also be enjoying the Final Four festivities in Texas this weekend, Kraus will be hanging in the Capital One Cardholder Lounge on Sunday to meet fans and enjoy the Jam Fest. If you’re a Capital One cardholder, you can also enjoy exclusive access in the lounge all weekend!

B+C: Let’s talk about that sweet pup of yours! How has life changed since becoming a dog owner?

Peter: We are a newer family. I’ve had her for about nine months now. It’s definitely added more interest to my life, that’s for sure. She’s a very needy dog, so she adds quite a bit of time to my schedule, but she’s definitely worth it. If I need an Instagram post, I know I can go straight to her.

B+C: Obviously we know you’re all about health and fitness, but we also all have our vices. What are some of yours?

Peter: Well, I just bought a pack of Oreo cookies last night — birthday cake flavor. I wanted to try something different! My brother used to work for Nabisco and I used to get all these samples and that turned into a slight addiction, I think.

B+C: Clearly, The Bachelor isn’t happening. So what’s next for you?

Peter: I’m really focusing on my boot camps. I’ll be in Tucson, Phoenix, Kansas, Seattle, and potentially Hawaii. I love health and fitness and I now have people from all over the country who are asking me to share that with them — it was never something I planned on. I decided to hold one big one after the show and got over 400 people to show up [and] raised over $26,000 for charity, and I was like, this is awesome! Why don’t I do this more often?

Cortney Clift
Cortney is the senior writer and special projects editor at Brit + Co. She typically covers topics related to women's issues, politics, and lifestyle. When she's not buried behind her computer you'll find her exploring New York City or planning her next big adventure.
The Bachelorette
Pop Culture
The Bachelorette