5 Shows You Should Binge If You Loved Better Call Saul 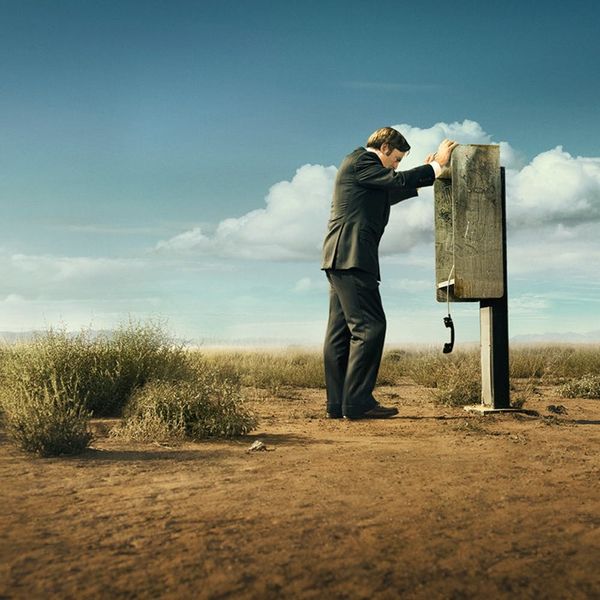 When future generations look back on the 2010s, they’ll just think of a few things: pumpkin spice lattes and everything that came out of the Breaking Bad series (a Netflix binge-watching study showed you were hooked by episode two). Better Call Saul, chronicling Jimmy McGill’s transformation into Saul Goodman, is one of the most intriguing shows out right now, regardless of the fact that it’s a spin-off of a modern classic. For everybody mourning the season two finale — NO SPOILERS — we’ve got five more shows for you to binge watch just as quickly.

In the year 2020, nearly everybody on earth has been wiped out by a deadly virus, and the only person left is just an average guy who’s a little lonely and looking for company. It’s got a similar dark sense of humor as Saul’s saga. The show’s all-star cast includes Will Forte, January Jones, Jason Sudeikis, Mary Steenburgen and Kristen Schall, and it’s ready to stream from FOX and Amazon. (Image via FOX)

A pair of Soviet KGB spies in 1980s Washington DC try to cover up their true careers and blend into suburban life with their children. Seasons one through four are out on FX and Amazon. (Image via FX)

IF YOU LIKE HIGH-RISK CAREERS, WATCH HALT AND CATCH FIRE

This is one of those shows that’s SO good, you’ll wonder why you’ve never heard of it before. You’ll become more invested and intrigued by the world of 1980s engineering and personal computers than you thought possible. Season one and two are available to stream now from Amazon. (Image via AMC)

Liev Schreiber plays Ray Donovan, a man who helps criminals work their way around the law. Sound familiar? The intense characters and beautiful cinematography have earned the show several Golden Globes and rave reviews from practically everybody who’s seen it. Catch up before the season four premiere this June. It’s available from Showtime. (Image via Showtime)

If you don’t know it by now, Bates Motel, the prequel to Hitchcock’s masterpiece, Psycho, is a chilling look into the relationship of a soon-to-be-serial-killer and his mother. The whole thing’s twisted, uncomfortable and smartly written. You can stream it now from Amazon and Netflix. (Image via A&E)

What other shows are you missing? Let us know @BritandCo!

Cailey Rizzo
Cailey is a junkie for all things pop culture. She studied journalism and English literature at SUNY Purchase, then continued studying French cinema and literature at Paris IV Sorbonne. She currently lives in New York where she can often be found singing '70s music at karaoke bars.
Streaming
Pop Culture
Streaming
More From Pop Culture