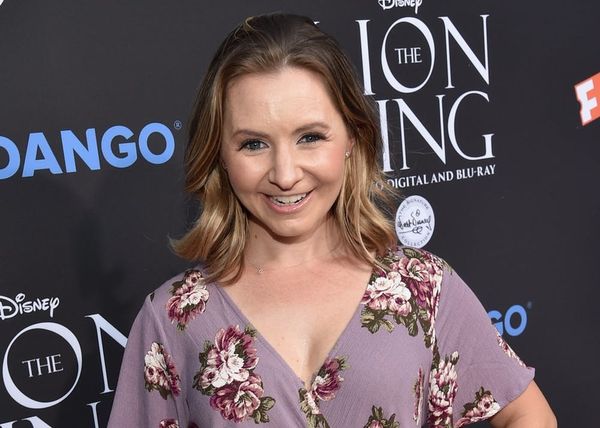 TV family sticks together. More than 10 years after starring on 7th Heaven together, Beverley Mitchell and costar Jessica Biel are still close — so close, in fact, that Biel recently supported Mitchell through a devastating loss when she suffered a miscarriage of twins.

“She was very supportive through everything and was always checking in on me,” Mitchell told People of Biel, who played her older sister on the WB series. “She was one of the first people I called and I’m just very grateful for her friendship and just her being just a frickin’ badass, awesome person.”

Mitchell said that she and husband Michael Cameron found out they were expecting twins earlier this year. Shortly after, she suffered a miscarriage, sharing the news in an emotional Thanksgiving Day blog post called “Thankful, Grateful, Blessed.”

“A few months back Michael and I were thrilled, we had just found out we were pregnant, and though we were surprised, we were excited,” she wrote. “And much to our surprise, we came to find out it was twins! After our shock, came acceptance and excitement. A few weeks later, our new dream of our growing family came crashing down; we had a miscarriage. This was a shock. Honestly, my first instinct was to say I was fine, and to be honest; I was trying to be. I thought I had to be, for my family, for myself. I had to jump on a plane and go to work being surrounded by babies and kids while I was still miscarrying. That was interesting.”

Mitchell, who has two children with Cameron, son Hutton, 3, and daughter Kenzie, 5, told People that she chose to share her story in order to help de-stigmatize and support what so many women go through.

Mitchell noted in her Thanksgiving blog post that she continues to heal from the experience, but is also looking forward. “I am excited to see what 2019 has in store for our family as we finish off 2018 and walk away that much stronger.”

Do you have a friend you can lean on like Beverley and Jessica lean on each other? Let us know @BritandCo.