Beyoncé Just Debuted the Haircut Every Celebrity Mom Is Getting 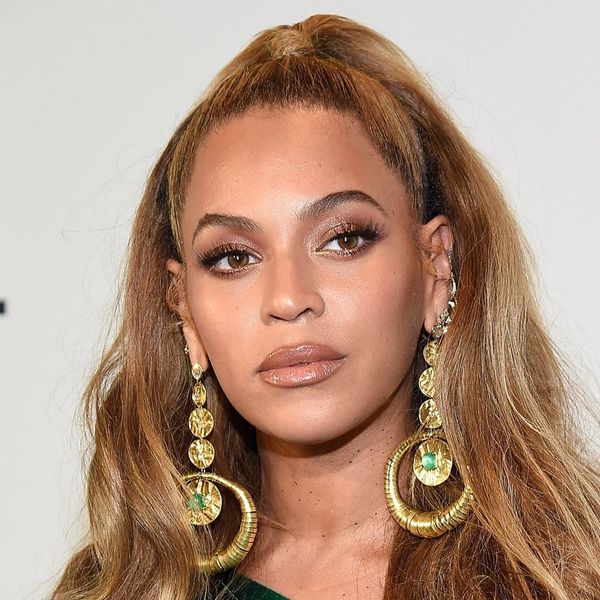 Though 2018 isn’t yet here, we’re predicting some BIG hair trends that’ll be everywhere in the new year, namely the new cut that Beyoncé just debuted. Forbes’ highest paid musician is ringing in the New Year with a brand new ‘do that’s anything but subtle, swapping her signature long blonde tresses for the one trending hairstyle it seems like every Hollywood mom is getting: the bob.

The “Walk on Water” singer debuted her brand new look over on her website with a series of photos which saw the mother of three sporting a curly version of the uber-popular cut. Falling somewhere between her chin and her shoulders and parted straight down the middle, her voluminous coif packed plenty of oomph despite its simple, classic shape.

Neither Bey nor stylist Neal Farinah gave any clues as to the motivation behind behind the chop, but the much shorter look was reminiscent of tress transformations fellow Hollywood moms Lauren Conrad and Whitney Port just underwent.

Leaving NYC with a little less hair than I arrived with 💇🏼‍♀️

Conrad, for one, credited parenthood for her chic new look, telling People years ago that it’s simply easier to style. “Honestly, it’s more of a time saver,” she explained to the mag. “I have to blow dry my hair while my son is napping, and it doesn’t always last that long, so less hair is less time. I don’t have time for a lot of hair.”

With rumored plans for her big post-baby Coachella return and twins Rumi and Carter to tend to along with Blue Ivy, we’d be willing to bet The Lion King actress can relate. Looking fierce, Bey!

Do you like Bey better with long or short hair? Tell us over @BritandCo.

Nicole Briese
Nicole is the weekend editor for Brit + Co who loves bringing you all the latest buzz. When she's not busy typing away into the wee hours, you can usually find her canoodling with her fur babies, rooting around in a bookstore, or rocking out at a concert of some sort (Guns N' Roses forever!). Check out all her latest musings and past work at nicolebjean.com.
Beyonce
Hair
Beyonce Celebrities Celebrity Hair Hair Haircuts