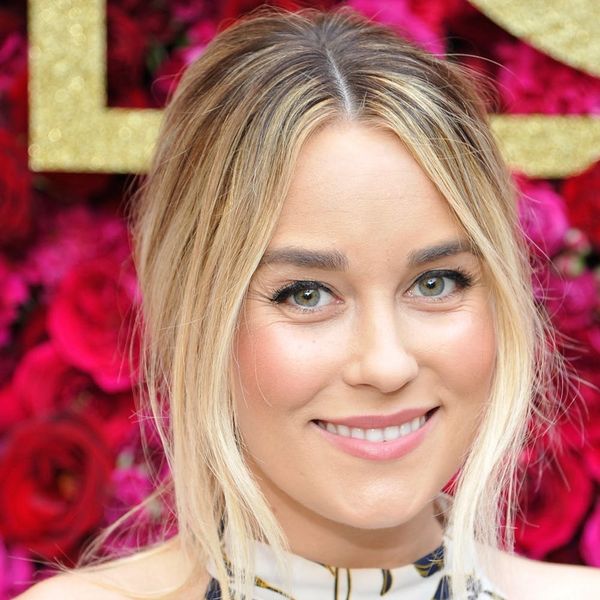 Kim Kardashian West’s not the only one sporting a short blonde bob! Lauren Conrad, who had us totally shook just before Halloween, when she lobbed off her once-long ponytail in favor of a chic bob that hit just above her collarbone, appears to have just raised the hair stakes even higher, showing off her shortest look yet!

While speaking to Brit + Co at a cereal event for Kellogg today, we couldn’t help but notice that her already shortened locks appeared to be even shorter that the shorn coif she recently showed off on Instagram, now reaching just below her chin.

With hairstylist Kristin Ess also reportedly in attendance at the NYC-event, it’s a pretty safe guess that she was responsible for the mini chop.

As the designer told People when she originally made her first big chop in years, the style makes for easier styling while fulfilling her mommy duties to little Liam Tell, saying, “Honestly, it’s more of a time saver. I have to blow dry my hair while my son is napping and it doesn’t always last that long, so less hair is less time. I don’t have time for a lot of hair.”

No matter, LC — it looks amazing at any length!

What do you think of Lauren’s latest look? Share with us over @BritandCo.

Nicole Briese
Nicole is the weekend editor for Brit + Co who loves bringing you all the latest buzz. When she's not busy typing away into the wee hours, you can usually find her canoodling with her fur babies, rooting around in a bookstore, or rocking out at a concert of some sort (Guns N' Roses forever!). Check out all her latest musings and past work at nicolebjean.com.
Celebrity Hair
Hair
Celebrity Hair Hair Haircuts Lauren Conrad