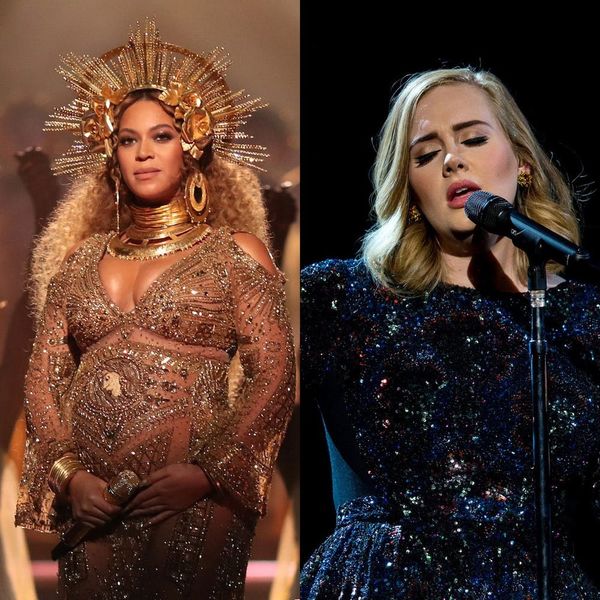 It’s no secret that it’s been a stellar year for performers like Beyoncé, Adele, and Taylor Swift. But if you needed further proof of that fact, check out Forbes‘ list of the highest-paid women in music for 2017, which not only includes this trio of stellar songstresses, but also plenty of your other favorite artists.

Using data from Nielsen SoundScan, Pollstar, and the RIAA, as well as interviews with industry insiders, Forbes calculates celebs’ pretax income from June 1, 2016, through June 1, 2017, not accounting for fees charged by agents, managers, and lawyers. And if this year’s list is any indication, it was a financially booming 12 months for 10 particular ladies of the stage.

Last year, before Beyoncé took time off to welcome twins Rumi and Sir into the world, she dropped her epic Lemonade album. And although the record dropped in April 2016 (before the June start date of Forbes‘ qualifying 12-month period), it launched her Formation World Tour, which ran through October and took in a staggering quarter of a billion dollars. Forbes estimates that Bey likely pocketed around $105 million dollars.

Adele also had one heck of a year as she set out on what may be her last tour for quite a while — though she can likely afford to take time off with the estimated $69 million she earned in 2017.

And then, of course, there’s Taylor Swift. Though her new album, Reputation, didn’t fall under the June to June timeline, she still managed to nab the third spot on the list with $44 million.

The rest of the top 10 include industry heavyweights such as Celine Dion, Jennifer Lopez, Katy Perry, Rihanna, and Britney Spears.

Madonna, Lady Gaga, Selena Gomez, and Ariana Grande narrowly missed out, but Forbes notes that they could be back in the running next year.

Check out the list below to see who made the top 10 and how much they earned.