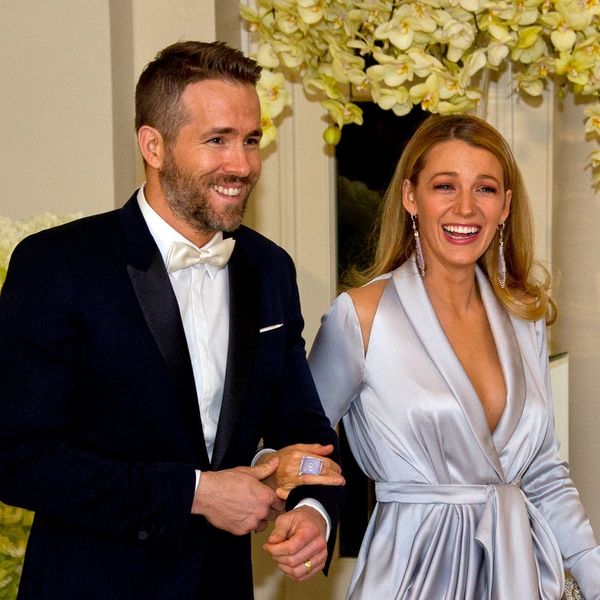 Ryan Reynolds may have let the sex of his new baby accidentally slip out (oops!), but it looks like his love, Blake Lively, has forgiven him. In fact, the now mama-of-two, who’s been spending plenty of time with new BFF Taylor Swift, just threw an epic 40th birthday party for her hubby, posting a super cute pic that actually revealed where the two adorable celebs first fell in love.

She added a special note to her fella, saying, “Another happy birthday with @vancityreynolds . Hey, Reynolds, I like you a whole lot. Just sayin’…” So friggin’ cute!

Best. Birthday. Everrrrr. Courtesy of my wife, buddy, and international spy, @blakelively. With huge thanks to my favorite restaurant in NYC, @_o_ya_ -- and a special shout out to our children for not ruining everything like they planned.

Ryan posted his own pic of the pair looking (if you can believe it) even cuter than ever, wearing little bunny noses and appearing wildly happy. He added the caption, “Best. Birthday. Everrrrr. Courtesy of my wife, buddy, and international spy, @blakelively. With huge thanks to my favorite restaurant in NYC, @_o_ya_”

Then added a little parent joke (which is quickly becoming his signature), “and a special shout out to our children for not ruining everything like they planned.” Bahaha!

Fans loved the love, commenting, “ugh they’re so perfect” and “You guys are so cute together!” We agree. So cute!

Desiree O
Desirée O is a ‘Professional Bohemian’ who loves anything and everything related to the arts, entertainment, and pop culture. She ADORES being a ‘Newsy’ for Brit + Co, covering all of the latest tidbits of awesomeness that you want to read about. When she’s not writing, she’s either making messy art, going on long adventurous walks with her camera, or poking around over at bohemianizm (http://www.bohemianizm.com/). You can find out about Desirée O and her work at http://DesireeO.com/ or follow her on Twitter @DesireeO.
Blake Lively
Celebrity News
Blake Lively