Who Needs A Credit Card When You’ve Got This Bracelet? 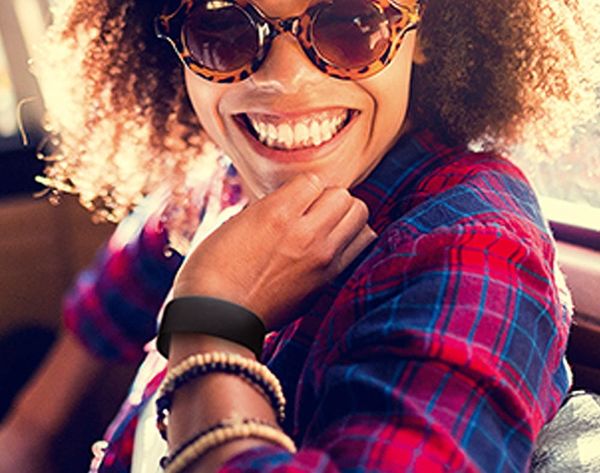 Would you wear your credit card around your wrist? Most of us would likely respond with a big N-O to that question, but a British financial services company is making us rethink our answer. Barclays is taking full advantage of our fascination with wearable tech by rolling out the bPay band: a bracelet that pretty much acts as a credit card while fitting right in with the rest of your arm party.

The company first introduced a contactless card in 2007, which allows users to pay for items (£20 or less) by tapping their card at contactless terminals. Logically, of course, the next step was to turn that card into a wristband, which they’re launching at this year’s British Summer Time music festival.

Here’s how the bPay band works. First, you simply apply for a (free!) bPay band. Once it arrives, you activate it on the bPay website and load up to £200 using your Visa or Mastercard debit or credit card. Then, you can use it anywhere you see a contactless symbol for fast and secure transactions of £20 or less. Oh, and keep in mind that the band won’t last forever; it will only be valid until June 2015.

The contactless payment function is just the beginning for bPay band. The company hopes to eventually allow users to load their sporting events or concert tickets on to the band for faster entry. Think of it as an E-ZPass for people.

Unfortunately, the silicon band is only available in the UK right now, but we’re hoping something similar arrives stateside real soon. Think about all the times it would come in handy; when you’re wearing an outfit that doesn’t have pockets or when your rocking a fresh coat of nail polish and can’t risk dipping into your bag to pay your manicurist. Yeah, we thought that’d speak to you.

Are credit cards becoming obsolete? If you’d rock the bPay band, let us know in the comments!

Rachel Sumner
Rachel is a Contributing Editor at Brit + Co and the founding editor of lifestyle blog, SADIERAE + CO. While her background is in fashion and styling, she also loves all things creative, cooking, traveling, binge-watching TV shows and giving piggy back rides to her golden retriever, Louie.
Gadgets
Tech
Gadgets Wearable Tech
More From Tech