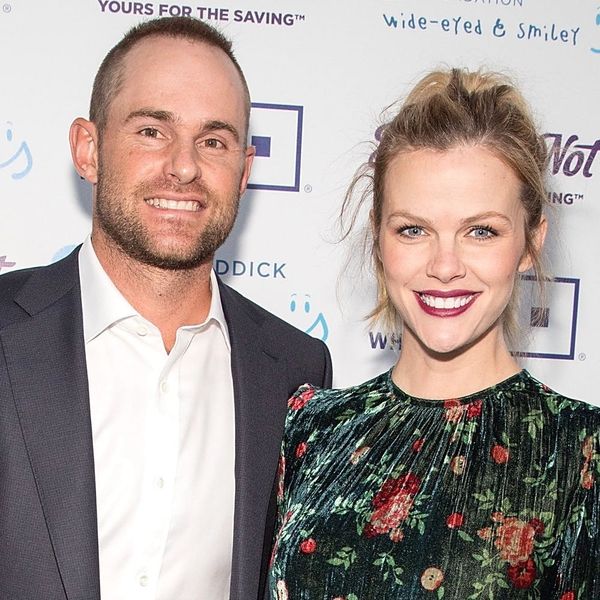 Things just got even busier for the multi-tasking Brooklyn Decker! The model, actress, and burgeoning lifestyle guru revealed that she and husband Andy Roddick have just welcomed their second child, a baby girl.

“A newborn, a toddler, a dog in a cone, a dog with a tumor but I’m having a good hair day so it’s fine we’re fine I’m fine,” Decker captioned a photo of herself holding her new daughter. (And, yes, you CAN see their poor pooch rocking a cone of shame in the background.) So far, no other details on the little one’s name or birth date have been shared, but it seems like all are settling in just fine.

Friends of the Grace and Frankie actress made sure to double down on the hair comment, with comedian Jenny Johnson pointing out how good the new mom looked. “Congrats!” she wrote. “Your hair looks amazing!”

A newborn, a toddler, a dog in a cone, a dog with a tumor but I’m having a good hair day so it’s fine we’re fine I’m fine.

The new baby girl joins 2-year-old big brother Hank. Decker and Roddick revealed they were expecting again in a rather unexpected way — in July, when tennis star Roddick was being inducted into the International Tennis Hall of Fame, he thanked his mom, his late father, his wife, his son — and his future daughter.

Like she has in pregnancy and in motherhood before, we can expect Decker to keep it as real as ever on social media — including, but not limited to, her seemingly unusual maternal beauty hacks. Congrats to the happy family!

Do you like when celebs keep it real on social media? Let us know @BritandCo!