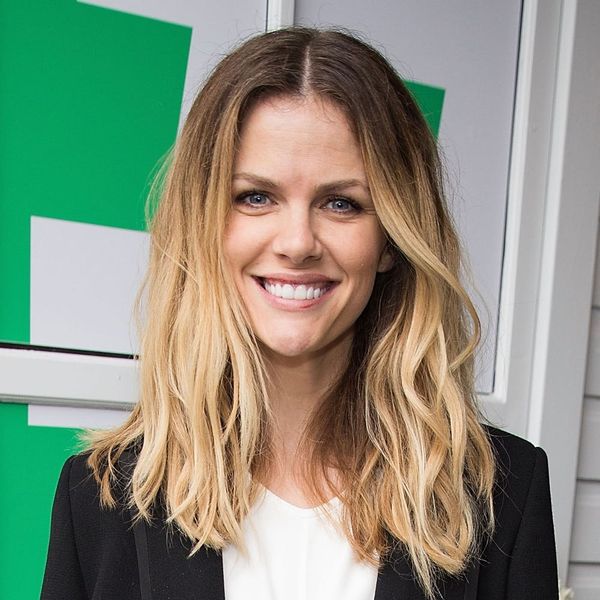 Brooklyn Decker is ALL about efficiency. Just last year, the uber-busy model (who is expecting her second child with Andy Roddick) gave us all the most genius closet hack ever with the introduction of Finery (a Clueless-like app that helps you analyze your closet). And now she’s here to help streamline another area of our lives: hosting.

The 30-year-old has teamed up with SPLENDA to create several quick and easy recipes that you can whip up to serve to guests at a summer soiree. For Decker, who’s less of a cook and more of what she refers to as a “lazy host,” it’s the perfect way to entertain (without busting a sweat!) at the Austin, Texas home she shares with Roddick. “[It’s not] big or fancy,” she tells us over the phone. “It’s ‘come over, have something quick, [and] get into the fun… of catching up.’”

That’s ideal for the entrepreneur, who juggles parenting with a very busy career — she’s a series regular in the Netflix series Grace and Frankie, and runs Finery with her best friend Whitney Casey. But don’t ask her to choose a favorite gig. “That’s like asking someone who their favorite child is!” she protests. Still, she says each career is fulfilling in its own way. “Acting to me ignites a passion that I have — a creative fire,” she shares. With film and television, however, “There’s so much uncertainty. [Your] employment is really at the mercy of someone else’s hands.” Alternately, the Sports Illustrated cover model says her business is much more within her control. “[It’s] very specific and goal-oriented.”

Finery also makes Decker’s own life easier. “Frankly, it shifted all my shopping,” she tells us. “I’m a millennial; I do 80 percent of my shopping online… and 80 percent of [my purchases] are impulse buys.” With Finery on hand to lay out what she already owns, she can be more strategic about shopping and avoid any would-be buyer’s remorse. “[You] see all the redundancies,” she explains. “I have 10 pairs of skinny jeans; I don’t really need an 11th pair.”

While you likely won’t see her adding “professional chef” to her resume anytime soon (“[I think it would] be very presumptuous of me to create a cookbook people would want to use,” she quips), we will be seeing her roll out several yummy things for busy gals to make in a jiff in the coming weeks.

For the longtime artificial sweetener user, who grew up with a type-1 diabetic father, it made sense to partner up with SPLENDA for her creations. “We were always looking for ways to enjoy food thoroughly and cut back on sugar,” she says.

All of her upcoming dishes will be centered around the sweetener, including some spicy chicken meatballs for football season, a pickling recipe that gives a nod to her North Carolina roots (the Band Aid star’s family moved there from Ohio), a raspberry compote, and a cherry granola bar to take on the go for herself or her one-year-old son, Hank Roddick, who is just getting into “all that tactile development,” including coloring and arts and crafts.

First, though, she’s mixing up the dranks! More specifically? A SPLENDA Spicy Jalapeño Margarita. “Margaritas are huge, especially in Texas,” she shares. “It has all the kick you would want in a summer drink, [but] it doesn’t have all the calories.” In fact, it has no fat and just 155 calories per serving.

Combining her favorite flavors of salty, spicy, and sweet — particularly the spicy (“I live in Texas; if I were to get rid of the spice, I think they would kick me out of the state”) — the drink can even be made the night before a party.

Nicole Briese
Nicole is the weekend editor for Brit + Co who loves bringing you all the latest buzz. When she's not busy typing away into the wee hours, you can usually find her canoodling with her fur babies, rooting around in a bookstore, or rocking out at a concert of some sort (Guns N' Roses forever!). Check out all her latest musings and past work at nicolebjean.com.
Drink
Celebrity News
Drink
More From Celebrity News