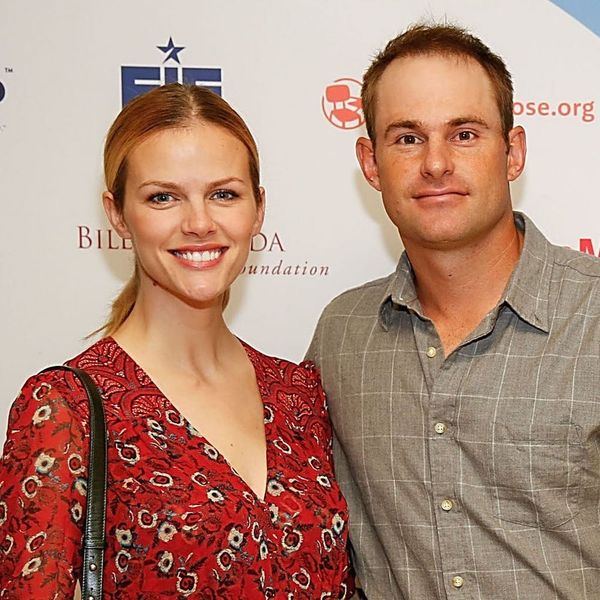 From the moment Brooklyn Decker announced her first pregnancy back in 2015, she’s been giving fellow mamas heaps of inspiration with her super real Instagram snaps. As it turns out, there’ll soon be even more Instaworthy moments headed our way, as the model’s hubby, Andy Roddick, has just revealed that she’s expecting baby number two!

The tennis star unexpectedly spilled the beans while being inducted into the International Tennis Hall of Fame. During his emotional speech, the 34-year-old sports legend thanked his mom, his late father, his wife, his son, and (gasp!) — his future daughter. “Brook, I don’t know how you juggle it all,” he began, giving major props to his talented wife. “You hear a lot of guys find it very tough to walk away from professional sports, but you are the reason my personal transition into a quasi-everyday life has been gratifying and full.” Awww, our hearts!

He continued on, dropping the news that no one expected: “Hank will someday realize how lucky he is, and our daughter that’s coming will also realize she has the best mother on Earth.” Oh. Em. GEE!

At the International Tennis Hall of Fame Dinner. Someone is effing with me.

As for the Finery founder, she’s keeping mum about her li’l bun in the oven: Her only Insta post from the International Tennis Hall of Fame dinner came in the form of a hilarious foodie snap, captioned, “Someone is effing with me.”

Does it matter which parent makes the pregnancy announcement? Tweet us @BritandCo.