Brooklynn Prince Is Ready for Her Close-Up 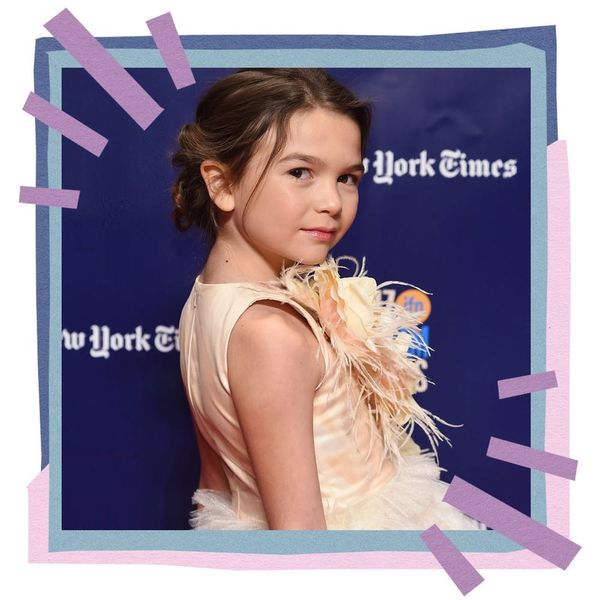 Brooklynn Prince Is Ready for Her Close-Up

Brooklynn Prince may only be eight years old, but she’s already setting a new humanitarian standard for young, Hollywood starlets. The young actress, who had a breakout film role as Moonee in 2017’s critically acclaimed The Florida Project, used the film’s story about Florida’s hidden homeless population to fuel her work with a local homeless charity. She also recently joined the “Kids Board of Directors” at Kidbox, the first social mission-based subscription box for kids. But when she’s not using her platform for good, Prince still just loves to be a kid and counts playing with her little brother as one of her favorite activities.

The Critics’ Choice Award winner also has ambitions to direct feature films of her own one day, in the hopes of continuing to tell the stories and show the perspectives of those who don’t always get a voice. Here, we chat with Prince about looking for the humanity and humor in tough situations, embracing girl power, and being the change you want to see in the world.

B+C: When did you start acting?

Prince: I remember the first thing I did was a shoot for a magazine. They had me try on all these clothes and blow bubbles and have these glasses on and be a fashionista. I was like, “Wow! I really wanna do this!” So I kept doing commercials and all that stuff. That led to my first big movie, which was The Florida Project.

B+C: What do you think you learned from your role in The Florida Project?

Prince: I think I learned that these kids are really in need — not just kids, these families, these moms, these dads, these little boys and girls. They don’t have a bed to sleep on. They don’t have clothes. Well, only the clothes that they wear, probably. I also learned that in every situation, there’s comedy. [My character] Moonee brings a lighter side to the movie. She brings the fun.

B+C: Overall, what would you say is your favorite part about being an actress?

Prince: My favorite part about being an actress is getting to be other characters, because then after you are that character, you can hold onto them. You get to tell stories through these empowering roles.

B+C: After The Florida Project, you started working with the Community Hope Center, a program helping Florida families who are homeless or living in hotels and motels. Why do you think it’s important to combine charity work with your acting work?

Prince: Because I actually want to help out. The Florida Project gave me such hope that I could do stuff. When I was a little kid, I wanted to make a change in the world but I just sat there and watched TV. But your mind’s not gonna just go off and do things for you. If you be the change in the world and you inspire people, maybe this world could be a better place.

B+C: People really loved the speech you gave when you won the Critics’ Choice Award earlier this year. What was going through your mind when you were on stage in that moment?

Prince: Nothing! Once the words, “Brooklynn Prince” came out, my mind was just blank. So, when I went up there, I was crying. It was my first award. I met Jacob Tremblay on the red carpet and he said I would win. So, he’s like a fortune teller or something.

B+C: You’re a big fan of Elle Fanning, right? Didn’t you have a chance to meet her recently?

Prince: Yes! I was at the Hollywood Reporter party, and all of a sudden I hear, “Brooklynn, look! There’s Elle!” I said, “No way!” I look and I see her blonde hair and I say, “I think that is Elle!” I yell her name, “Elle!” And she turns around and I was actually blushing. I was like, “Hi. I just, like, love Maleficent and I love your movies!” And she was like, “Aw, thank you.” She got down on my level and we just started talking. We started talking galore! It was kinda quick because she had to get to a photo shoot and I had to get to a photo shoot, but I’m glad I got to meet her.

B+C: What do you like to do for fun when you’re not acting?

Prince: I like to play with my brother. We came up with this thing called the “Brooklynn Express,” where he holds onto my back and I give him a piggyback ride around the house and I drop him off either on the couch, the bed, or the chair.

B+C: What’s your big career dream for when you’re older?

Prince: To be a director and an actress… and a dancer. Well, a singer-dancer, like in musicals. I’m coming up with a movie called Love Stage and that will allow me to become more of a director.

B+C: Oh, really? Can you tell us more about that?

Prince: It’s about a single mother and her daughter and they live in New York City. The mother’s trying to be a Broadway actress, but she works at this little small diner. Her daughter, Aria — that’s me — is very supportive of her. She’s like her mother’s top person to go to when she’s sad. There’s a saying I thought they should have before every audition because it’s something me and my mom say: “I got your back, boo boo.” It’s just about their journey and the people she meets along the way. It’s also got a little romance. It’s a hip-hop musical!

B+C: That sounds exciting! You will also be playing Hilde Lysiak (another inspirational young woman highlighted in this series) in the Apple TV adaptation of her life story. What drew you to her character?

Prince: I think she’s so unique and sassy. She’s such a seeker of the truth and I love that about her. What most drew me to the character was that she speaks girl power. Like, if I could choose anyone in the world to play, it would be Hilde, so it’s so cool that I get to play her. I’m excited to take on the role of Hilde because I’ve always wanted to take on a true story and I think the world is going to love Hilde.