Bungee Cords Are the New Ribbons, According to Rihanna’s Stylist 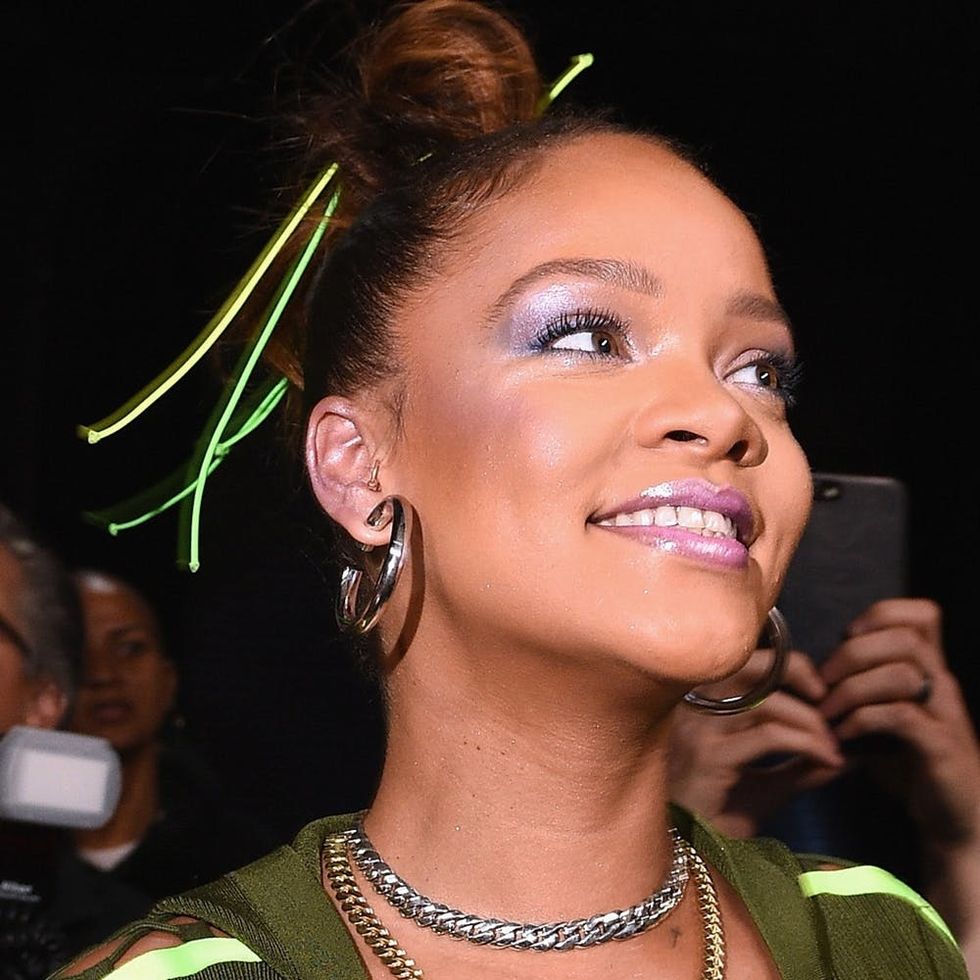 Rihanna is a beacon of beauty inspo. Not only did she straight-up slay the launch of her new beauty collection, Fenty Beauty, but she gave us a whole new take on the updo for her NYFW Fenty show, as styled by Yusef Williams. Instead of tying the models’ hair up with ribbon or hair ties, we saw their hair held in place for the show with… bungee cords?

“We’ve done so much with Puma so far, and we just wanted to tap into those areas that we didn’t really touch, even if it didn’t make sense at first,” Rihanna explained to E!. “We wanted to make sense of them, like the motocross, the surf, or even the bungee cords from rock climbing or even surfing. They don’t really make sense when you say it out loud, or even put it on paper, but we had to find ways to use them as inspiration.”

Inspiration, indeed: Even Kaia Gerber was rocking the look by the time Williams was through! E!broke down the hair guru’s method, which saw bungee cords interwoven through the ladies’ locks after being sectioned into two parts (one on top of the other), then twisted up into ponys that he then bound with the cords. The resulting look was a sporty, yet still fashionable one that basically embodied Rihanna’s entire collection.

He won’t take all the credit, however, telling the outlet that the designer herself is always involved. “Even prior to today, we’ve been talking about hair and makeup for months,” he said of Rihanna. “We work together.”

What do you think of Williams’ idea? Tell us @BritandCo!

Shea Lignitz
Shea can be found in the nearest bookstore or brewery, exploring the great outdoors, or blasting Led Zeppelin. She grew up in the cold and rain of Northern California's redwoods but is currently wandering around Texas.
Celebrity Hair
Hair
Celebrity HairHairHair Trends

Back to School
Food

17 Five Ingredient Easy-To-Make Snacks For The After School

6 Questions to Ask Before Combining Your Finances