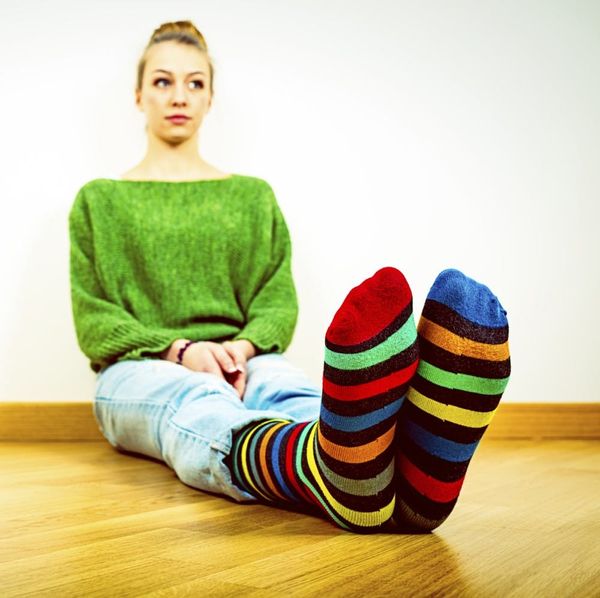 Surgery can be a scary word, especially if you’ve never gone under the knife. There’s the unknown factor, it ain’t cheap and most of all — it can hurt.

But if you’re one of the approximately 23 percent of people aged 18 to 65 lucky enough to be #blessed with what appears to be a slight (or, ok, maybe monstrous) protrusion coming from your big toe, also known as a bunion, it may be something you need to consider sooner than you think — maybe even as soon as age 30, or younger.

Whether this was a cruel gift bestowed upon you by your parents (about 50 percent of bunions are genetic) or a direct result of your commitment to fashion at all costs (ahem, sky-high heels), this condition can range from a mere cosmetic annoyance to a serious medical issue. And either one might be reason enough to go through with bunion removal, according to Dr. Neal Blitz, DPM — AKA “The Bunion King of New York.”

Blitz tells us that someone may choose to have the procedure for “a whole host of reasons. The most common reason [is] pain and difficulty fitting shoes, and then cosmetic, in that order,” he shares. And oftentimes it’s a case of the sooner, the better.

“The joint has a better chance of bouncing back [if you have] a younger, healthier body [that is] more apt to respond to that surgery,” he explains to us.

First things first: What IS a bunion, and do you even have one? Those with bunions typically know it, as it usually results in a clearly visible malformation on the side of the big toe. But while it may appear that you’ve sprouted some abnormal growth or even grew an “extra bone,” that funky thing on the side of your foot is actually probably not what you think.

“A bunion is a big toe joint that’s not aligned anymore,” Blitz says. Bunion surgery, then, is just a corrective procedure to straighten that bad boy out. “[We] have to realign the bones,” Blitz explains.

But not all bunions are created equal. Some are barely noticeable; nothing more than a minor nuisance, while others can create some major health issues, the worst of all being permanent foot disfigurement (we’ve done the research, and trust us when we say it isn’t pretty!).

So which type do you have? Unfortunately, it’s just about anyone’s guess, as bunions often get progressively worse over time. “We don’t know if the foot will stay mild,” Blitz warns. “There’s a tipping point. [Bunions] can go from small to large very quickly. [When that] happens, it can deform the entire foot.”

Yikes! Take heed: There ARE a few things you can do. If your bunions aren’t bothering you, or if you simply aren’t quite ready to commit to (gulp!) a full-blown operation, Blitz says there are several short-term solutions that may help. Blitz recommends putting a space between your first and second toe (he suggests using something that’s “not too bulky,”) using moleskin padding on the inside of your shoes and trying your luck with a “Bunion-Aider” (Dr. Blitz describes this as a sort of “popsicle stick” for your big toe that is meant to keep it straight and slow progression).

If you’re already past the point of minimizing symptoms, however, it may be time for a consultation while you’re in your prime healing years. Blitz says some of the warning signs that you may be hitting that aforementioned tipping point include your big toe touching your second toe, developing sores or blisters over the bunion (a sign that it’s rubbing up against your shoes) and pain on the ball of your foot, which is in an indicator that your weight is no longer underneath the toe, where it should be. Constant pain is another hint that things may be going south.

But it doesn’t have to be the big scary monster you’ve made it out to be in your head. “Bunion surgery is not what it used to be,” Blitz assures us. It used to be a procedure that required “a cast and crutches for six weeks,” he recalls. Nowadays, that’s not the case, thanks to surgical developments such as Blitz’s patented bunionplasty procedure. With Blitz’s procedure, a medical device is implanted and used to hold the patient’s bone steady, with patients walking without casts or crutches right after surgery. Additionally, the large scar that used to come standard with a removal is moved to a hidden region on the side of the foot, as opposed to the more visible top area.

Even so, there are, as with any surgery, risks involved. Just like Blitz says he cannot foresee if a patient’s bunion will get worse over time, he also “really doesn’t know if you’ll have a complication.” With what Blitz estimates as 400,000 safe bunion procedures being performed annually, the odds are stacked in your favor, but the good doctor definitely recommends doing your research before choosing a surgeon to up those odds even further. He says you want to choose someone that has performed “a fair amount of bunion surgeries, in addition to other types of surgery to ensure that they know how to handle your case.

“Bunions come in different sizes,” he says. “Just because someone can fix a small [bunion] does not mean that they can fix a large one.” In fact, Blitz says that most people needing revision surgery “have a large bunion and had a surgery to correct a small one.” Other tips? “[Check] before and after pics,” he says. “Google your doctors and read the reviews… they should be overwhelmingly positive. I think it’s also worthwhile [to ask about] malpractice history.”

Duly noted! Here’s to banishing those feet qualms for good!

Are you considering bunion surgery? Let know on Twitter at @britandco!

Nicole Briese
Nicole is the weekend editor for Brit + Co who loves bringing you all the latest buzz. When she's not busy typing away into the wee hours, you can usually find her canoodling with her fur babies, rooting around in a bookstore, or rocking out at a concert of some sort (Guns N' Roses forever!). Check out all her latest musings and past work at nicolebjean.com.
Heels
Health
Heels Shoes
More From Health