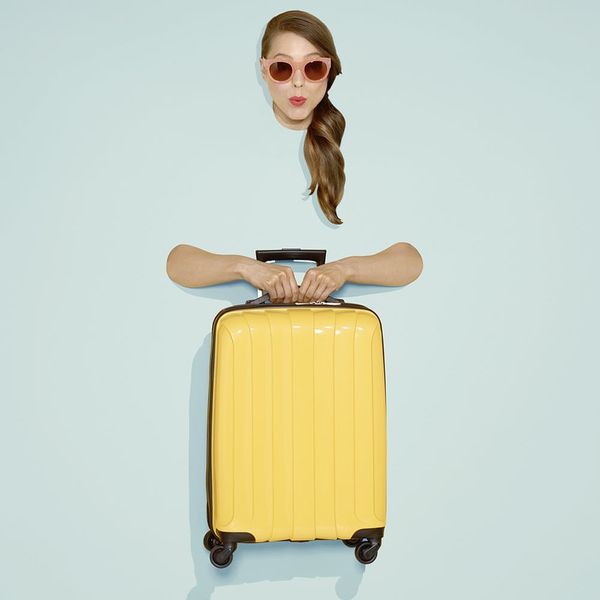 Packing the perfect carry-on bag is an art. And uh, not to toot my own horn or anything, but it’s something yours truly has kind of mastered (see: How I Packed for a Three Week Trip With Only a Carry-On). However, all my expert travel skills will now all be for naught, should I choose United’s new budget fare for my next getaway. The airline has just announced a new policy that’s bound to make all you anti-checked bag people very annoyed.

The airline recently announced a new “Basic Economy” fare for all those budget-conscious flyers out there. And while it might save you a few bucks, it will still cost you in other ways. Opt for this type of fare and you’ll be banned from bringing on any carry-on luggage apart from what will fit under your seat. So basically, purses and backpacks only. If you just happen to be going somewhere for more than a day (you know, as most people who are flying somewhere are), you’ll have to pay $25 to check a bag.

Additionally, if you opt for the basic economy ticket, it’s worth noting that you won’t have the option to pre-select a seat. Instead, you’ll be informed of your seat assignment upon check-in. That’s a nice way of saying you’re probably going to get the middle seat 90 percent of the time.

Naturally, when customers were informed of the news, they were upset — outraged even. Some have gone so far as to deem it “misery class.” But here’s the thing: It’s a cheaper ticket, so you’re going to get less. It’s not exactly a new concept. Low-budget airlines like Spirit and Ryanair have been making bank on the idea for years.

Is it going to be a luxurious experience? Nope. Will it get you from point A to point B for less money? Yup. Yes, it’s annoying to have to check a bag that will clearly fit in the overhead bin, but if the price difference between the fare types is greater than $25, it could still be totally worth it.