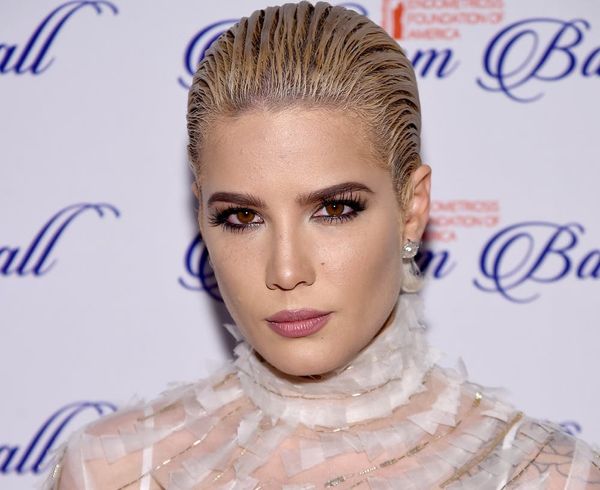 Many women suffer in silence from the symptoms of endometriosis. Once diagnosed, the more than 170 million women worldwide who have the disease struggle to manage it.

A chronic disease where the lining of the uterus grows on surrounding organs causing infertility and debilitating pain, on average, endometriosis takes an average of seven years from symptom onset be properly diagnosed. In recent years, more celebrities have begun to speak openly about their own experiences with this disease, which affects so many other women the world over.

Bethenny Frankel: After a health scare, Real Housewives of New York star Bethenny Frankel admitted that she’d been suffering from endometriosis for nearly her entire life. After a procedure to help manage her disease, she was able to successfully get pregnant with her daughter, Bryn, giving birth in 2010, but post-baby, her symptoms not only returned but got worse. After some surgeries in 2016, the philanthropist seems to be managing her symptoms better than she has in the past. (Photo by Dimitrios Kambouris/Getty)

Tia Mowry: After two painful surgeries to try and manage the symptoms of her endometriosis, actress and author Tia Mowry said her doctor recommended an anti-inflammatory diet. The Sister, Sister star credits that advice with her ability to conceive her two kids. She now writes anti-inflammatory cookbooks and has told Women’s Health, “I find when you go through some kind of struggle, the reward is just so much greater. Now, I’m so overjoyed!” (Photo by Frederick M. Brown/Getty)

Susan Sarandon: Hollywood legend Susan Sarandon was officially diagnosed with endometriosis in 1983. She has become a regular supporter of various endometriosis support organizations, and at an event in 2011, she urged male partners of women suffering from the disorder to be supportive. "Help [the woman in your life] to remove the taboos and the loneliness surrounding this disease," she said."Be understanding, show empathy, and don’t accuse her of being sensitive, delicate, or overly dramatic." (Photo by Jeff Spicer/Getty)

Julianne Hough: Dancing With the Stars alumna Julianne Hough was originally diagnosed with endometriosis while filming her hit reality show in 2008. At the time, she had laparoscopic surgery to help relieve her symptoms. Unfortunately, nearly a decade later, the star required a second surgery to address symptoms, which she shared with fans on her Instagram account.

“Being educated and understanding what I have makes me feel powerful,” she told Glamour in 2017. “I realized how important it was for me to be open and bring awareness. I got a floodgate of commenters and followers — people were coming together and supporting each other. I feel really great about that. It gives me a reason to keep being open.” (Photo by Dia Dipasupil/Getty)

Dolly Parton: Country icon and HBIC Dolly Parton never had children of her own, opting instead to raise several of her siblings and other family members' children, earning her the nickname “Aunt Granny.” And while she has regularly talked about the blessing of helping so many children, not being able to have her own children led her down a dark path earlier in her life.

After suffering the effects of endometriosis, doctors opted to remove Parton’s uterus, with the “I Will Always Love You” songwriter going through a complete hysterectomy in her 30s. While she says she felt suicidal at the time, the now-71-year-old is grateful for the life she’s had, telling People, “I often think, it just wasn’t meant for me to have kids so everybody’s kids can be mine.” (Photo by Michael Loccisano/Getty Images)

Jillian Michaels: While Jillian Michaels was building a name for herself as one of the no-BS coaches on The Biggest Loser, the fitness guru was suffering from endometriosis in silence out of fear of what people might think about a woman focused on health and fitness having a debilitating disease. "I thought if I talked about my personal limitations, people would say, 'How healthy could she be?' the trainer told Redbook in 2010. “This was my weakness and my bad. I learned a hard lesson about feeling ashamed: Just be real. I'm human." (Photo by Matt Winkelmeyer/Getty)

Daisy Ridley: Back in 2016, Star Wars star Daisy Ridley shared her endometriosis diagnosis on her now-deleted Instagram, reminding fans to trust themselves and listen to their bodies. “Keep on top of how your body is feeling and don’t worry about sounding like a hypochondriac. From your head to the tips of your toes we only have one body, let us all make sure ours are working in tip-top condition, and take help if it’s needed.” (Photo by John Phillips/Getty)

Monica: When RnB singer Monica was suffering from painful migraines that couldn’t be resolved, her doctor wanted to find the root cause of her suffering. It turned out that the “The Boy is Mine” singer was suffering from endometriosis and fibroids. After having surgery to remove the fibroids and repair a hernia, the singer says she’s on the mend, telling People, “Your uterine health is very important. I spoke up about it so people out there who are going through the same thing know that they’re not alone.” (Photo by Theo Wargo/Getty)

Jamie King: Model Jamie King has said in the past that her fertility struggles made her feel “broken,” and publicly thanked Lena Dunham for bringing an often private and misunderstood disorder into the public eye.

“Nobody really talks about endometriosis or PCOS, but so many women struggle with it. I have to thank Lena Dunham as being a big champion for me,” she told Fit Pregnancy in 2015. “I used to feel like I was the only one who had it. Nobody knew how long it took me to get pregnant: that for seven years I had so many losses, I’d been trying for so long and I was in so much pain.” Jamie is now the proud mom of two. (Photo by Frazer Harrison/Getty)

Halsey: When newly diagnosed in 2017, 23-year-old Halsey shared a very personal update with her fans about her diagnosis to remind them that they’re not alone. “I know how excruciatingly painful … and discouraging the disease can be,” she wrote, describing it as, at times, like being a prisoner in your own body. Halsey said her diagnoses was also a relief, as she finally had “every right” to “feel like the world was caving in” when her endo was rough going. “Just know I’m here if you want to vent.” In 2018, the singer admitted she would be freezing her eggs in order to worry about her fertility later as opposed to now. (Photo by Dimitrios Kambouris/Getty)

Lena Dunham: “From the first time I got my period, it didn’t feel right,” Lena Dunham wrote in a Lenny Letter in 2017. “The stomachaches began quickly and were more severe than the mild-irritant cramps seemed to be for the blonde women in pink-hued Midol commercials. Those might as well have been ads for yogurt or the ocean, that’s how little they conveyed my experience of menstruating.” Since then, the actress and Girls creator has opted to have a hysterectomy at the age of 31, writing in Vogue that although she’s mourning, she knows it was the right decision for her. (Photo by Jamie McCarthy/Getty)

Kat Armstrong
Kat has been a writer, social media maven and mom for longer than she's willing to admit. She's also spent time in front of and behind the camera, interviewing celebs, politicians and acting as a producer for fashion and artistic photography shoots. When she isn't writing for various orgs and publications, she's hanging with her kids, husband and French Bulldog, Peter, in Toronto, Canada.
Celebrities
Womens Health
Celebrities Womens Health Taking Care
More From Womens Health