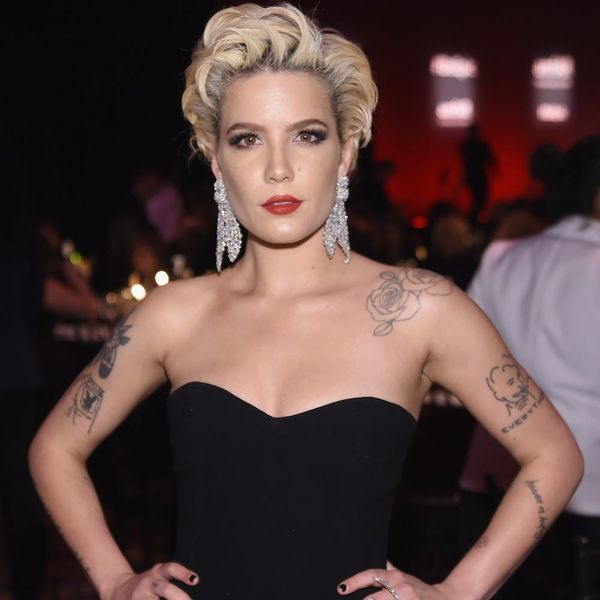 Last January, Halsey donated $100,000 to Planned Parenthood and told fans for the first time that the clinic had helped her when she suffered a miscarriage onstage in 2015. Now, in television panel discussion about her experience with endometriosis, the 23-year-old singer has come forward with another bombshell about her reproductive health: She’s planning to freeze her eggs.

The “Closer” singer was a guest on the medical talk show The Doctors on Thursday, where she discussed her experience with endometriosis — a painful, sometimes even debilitating, reproductive disorder where tissue that’s supposed to line the inside of a person’s uterus grows outside the uterus, too. The condition is also known to have adverse effects on women’s ability to conceive. Halsey underwent multiple surgeries to help alleviate her endometriosis symptoms in early 2017 and went public about the experience.

It’s because of her endometriosis that Halsey is taking the proactive measure to harvest and freeze eggs at such a young age. On The Doctors, the singer mentioned that it can be hard for people to understand why someone in her early-20s would be concerned about her fertility. As Halsey explained, the decision is one she’s making to have better control over her future.

“I need to be aggressive about protecting my fertility, protecting myself,” said Halsey. “Reproductive illness is so frustrating because it can really make you feel like less of a woman. Taking these measures to make sure that I get to have a hopefully bright future and achieve the things that I want to achieve by doing the ovarian reserve is really important.”

Halsey also went into alarming, brave detail about the miscarriage she suffered onstage in Chicago at the age of 20

“I found out I was pregnant,” she recalled. “Before I could really figure out what it meant to me and what that meant for my future, for my career, for my life, for my relationship, the next thing I knew I was on stage miscarrying in the middle of my concert. the sensation of looking a couple hundred teenagers in the face while you’re bleeding through your clothes and still having to do the show, and realizing in that moment that I never want to make that choice ever again of doing what I love or not being able to because of this disease.”