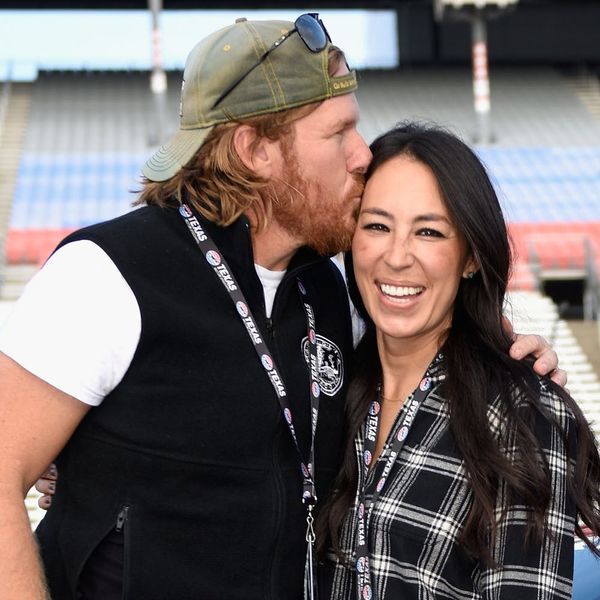 Chip and Joanna Gaines are having another boy! The Fixer Upper stars confirmed the news on Twitter after Chip accidentally spilled the beans to a young fan at an event over the weekend.

“Alright, alright…If we’re going to announce the gender of our 5th child, it might as well come from my new friend Gage!” Chip wrote on Twitter on Wednesday morning. “Take it away my man.” The HGTV host then linked to a video of him speaking with a little boy at Tim Tebow Foundation golf event.

“We’re just about to have another little baby, because, I, Uncle Chip lost his mind,” he jokes to the boy in the clip.

“I can’t think of a ‘D’ name. Can you help me think of a ‘D’ name?” Chip asks, before saying they’ll need a name for a little boy. “Is that a secret? I don’t know, that might not even be allowed on Twitter. You better keep that to yourself!”

Chip and Joanna first revealed that they were expecting back in January, just a few months after announcing that season 7 of Fixer Upper would be its last. The new baby boy will join his four older siblings Drake, 12, Ella, 11, Duke, 9, and Emmie Kay, 7. But the baby-to-be isn’t the only new addition to the Gaines’ life — just recently, they unveiled their new show Fixer Upper: Behind the Design, premiering on April 10.

So, where did Chip land with the naming help? “So far, all I could come up with [for a ‘D’ name] was Dragon, and [Joanna]’s like, ‘You are not calling that baby Dragon!'” he said to his young fan.

Dragon Gaines… Kinda has a nice ring to it, no?

What “D” name do you think Chip and Joanna should go with? Let us know @BritandCo!