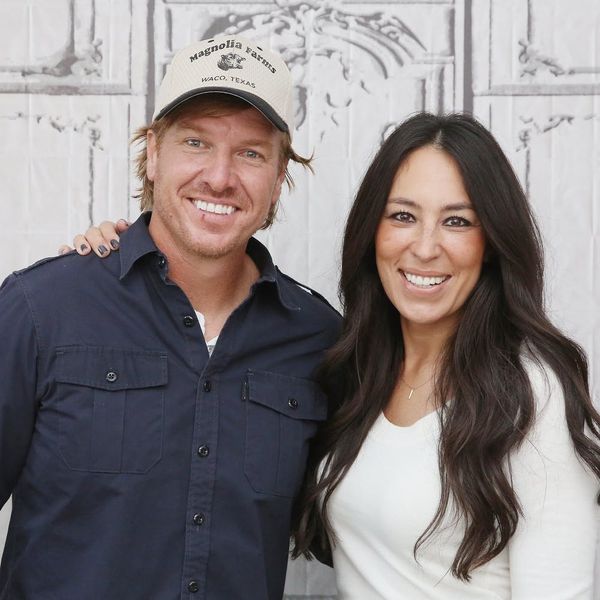 Baby makes seven! After announcing that their popular home renovation show Fixer Upper would end after its current fifth season, Chip and Joanna Gaines have revealed that they’re expecting their fifth child together — and the first baby bump pic from the couple is predictably playful.

“Gaines party of 7…” Chip captioned an Instagram pic of the pair, before clarifying, “If you’re still confused…WE ARE PREGNANT.” While the photo is meant to reveal Joanna’s growing baby bump, Chip put his own, er, bump on full display as well, sticking out his belly and coyly looking at it while Joanna jokingly places her hand on it. Oh, these two.

Gaines party of 7.. (If you’re still confused.. WE ARE PREGNANT) @joannagaines

Before making the announcement on social media, Chip had been teasing fans on Twitter about big news coming up on the show. Once the word was out, he also let fans in on how exactly the exciting development came to be, joking that a few months ago, he and Joanna attended a “little too romantic of a concert.”

“One thing led to another, and we are officially pregnant,” he tweeted. “And I could not be more EXCITED!”

Hint #3 You might recall a few months back.. the ever amazing, ever romantic @JOHNNYSWIM was in Waco. And they put on a little too romantic of a concert.. anyways, one thing led to another, & we are officially pregnant. And I could not be more EXCITED! #5 #7ThePerfectNumber

When the husband-and-wife team announced the end of Fixer Upper, they said that the difficult decision was the right thing to do for their family at the time. “Our family is healthy and our marriage has honestly never been stronger,” Joanna wrote at the time. “This is just us recognizing that we need to catch our breath for a moment. Our plan is to take this time to shore up and strengthen the spots that are weak, rest the places that are tired, and give lots of love and attention to both our family and our businesses.”

Congrats to the growing Gaines family!

Are you going to miss Chip and Joanna on TV? Let us know @BritandCo!