Chris Evans and Jenny Slate Are Reportedly Back Together 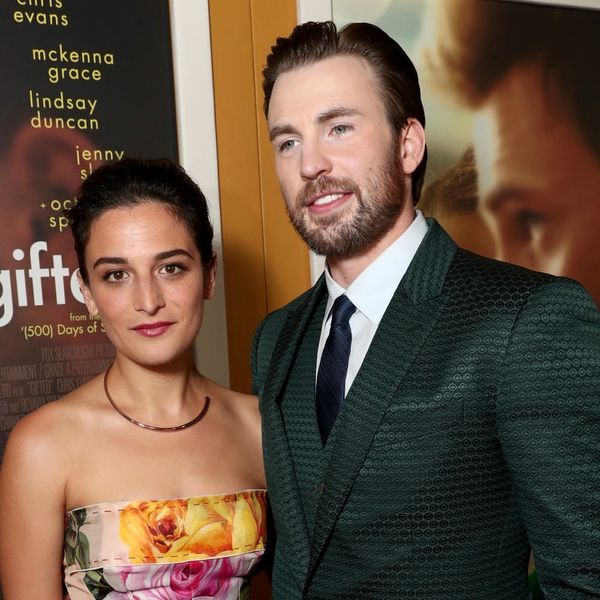 Earlier this month, Chris Evans and Jenny Slate sparked reconciliation rumors when they engaged in some adorable Twitter flirting. The rumors intensified when followers thought they heard Slate’s laugh in the background of a video posted by the Avengers star, and again when Slate referred to her “boyfriend” on social media. Now it seems as if fans were decoding the clues correctly, as People reports that Chris Evans and Jenny Slate are officially back together.

According to the mag, the duo (who worked together on the 2017 film Gifted) were recently spotted together in NYC. They were apparently acting very much like a couple as she helped him look for a new apartment in Tribeca, where he’ll likely be staying while appearing in Lobby Hero next year on Broadway.

They were also spotted having dinner together in Atlanta while the actor filmed his latest movie as the beloved (and now bearded!) Captain America.

Evans and Slate dated for a year before calling things off back in February, apparently due to a difference in lifestyles. There were definitely no hard feelings between them, though; Slate told People in April, “I have gone on and on about how beautiful Chris is. He is, inside and out.”

Her one regret was opening up about their relationship in the press. “It goes through all these other outlets and gets distilled. And then it can be made to seem like you were being cheap,” she said. “I didn’t mean to do that. Especially not with an experience that was so precious to me.” She added, “I do have to learn to make sure that I’m taking that risk alone, and not dragging anyone else into it.”

Perhaps that’s why, if these two have reunited, they seem to be keeping things as private as possible.

Are you happy that Chris Evans and Jenny Slate are reportedly back together? Let us know @BritandCo!