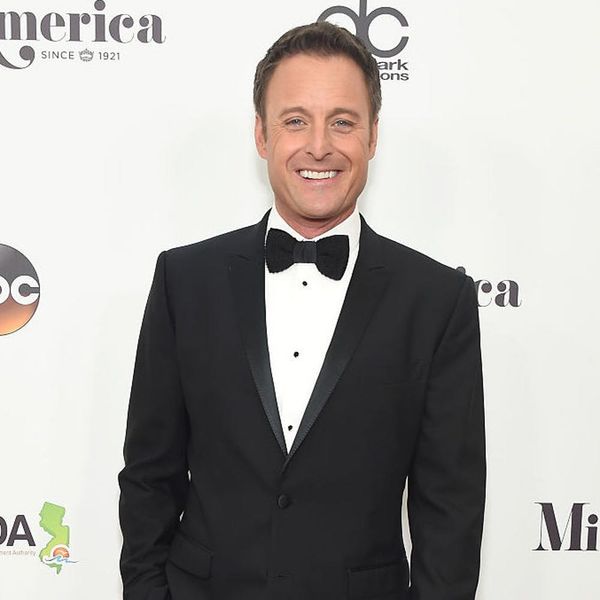 Chris Harrison is always good for some insider info. First, he weighed in on Rachel Lindsay’s final three contestants, and now, he’s speaking out about Corinne Olympios and DeMario Jackson’s Bachelor in Paradise reunion, asking fans to “trust” him. According to Entertainment Tonight, he plans to interview them together to get their versions of what happened.

“All will be explained. Trust me. Have I left you guys hanging before in 16 years? No,” Harrison told ET, who caught up with him after the The Bachelorette: Men Tell All taping in LA last week. He added, “All will be explained and I really do mean that. I need people to understand this was not a black-and-white, cut-and-dry issue. It’s really — there’s a lot of layers to it. It was very confusing. I went through it and it was confusing. So, trust me. It needs to all play out.”

He did admit, though, that he’s not sure exactly *how* it’s going to play out, as he didn’t particularly like Jackson’s choices at Men Tell All. “Honestly, after tonight, I don’t know how [the BIP reunion] dialogue’s going to [go]. I thought I had an idea before tonight, but I also thought we’d have a better moment than we had tonight,” he explained. “So, I don’t know. Now I’m not really sure how it’s going to be. We’ll see.” That sounds ominous, TBH.

We’ll just have to see for ourselves when the Men Tell All special airs on ABC on July 31 and Bachelor in Paradise returns with a two-night season premiere starting August 14.

Will you be watching the Men Tell All special and the Bachelor in Paradise reunion between DeMario Jackson and Corinne Olympios? Let us know @BritandCo!