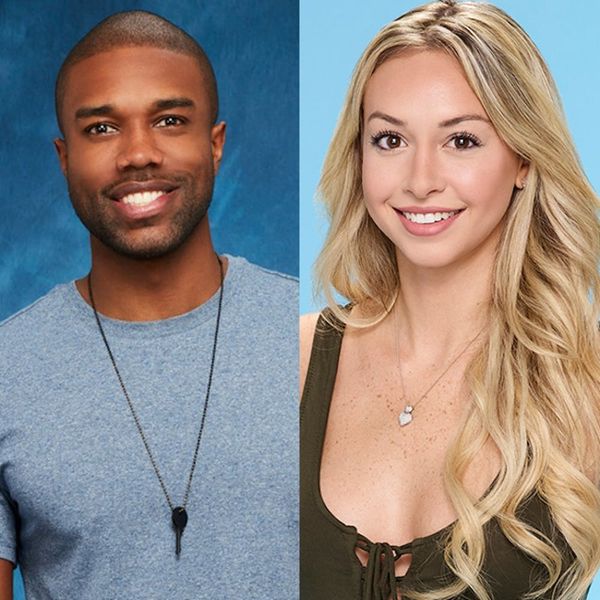 Both Bachelor in Paradise stars allegedly connected to the misconduct incident have broken their silence. Read their statements below in the Thursday Morning Buzz.

1. Since news of the Bachelor in Paradise misconduct incident broke earlier this week, lots of rumors have surfaced and people involved with the show have been speaking out. Now, the two people allegedly at the center of the controversy have released statements. Corinne Olympios, through her new publicist, Stan Rosenfield, said, “I am a victim and have spent the last week trying to make sense of what happened on June 4. Although I have little memory of that night, something bad obviously took place.…As a woman, this is my worst nightmare and it has now become my reality.” She has hired Hollywood lawyer Martin Singer and also says she has started “seeking therapy to begin dealing with the physical and emotional trauma stemming from that evening.” DeMario Jackson, meanwhile, responded with a statement of his own to E! News, saying, “It’s unfortunate that my character and family name has been assassinated this past week with false claims and malicious allegations. I will be taking swift and appropriate legal action until my name is cleared and, per the advice of legal counsel, will be seeking all available remedies entitled to me under the laws.” (h/t Buzzfeed News; photo via ABC)

2. Ryan Lochte gave us the first peek at his new baby son in an adorbs family snap. World, say hello to little Caiden Zane Lochte! Both Lochte and fiancée Kayla Rae Reid shared pics of their newborn son on social media. Lochte kept his caption short, saying simply, “This is what it’s all about…family!” Reid, meanwhile, shared a few extra details, including that she had to be induced. “My little pumpkin and that smirk,” she wrote. “To see the look on [Ryan’s] face when he saw Caiden was adorable and priceless, it was such an emotional moment for the both of us. I’m in awe every day and I love watching our little man grow daily.” So cute.

Just spotted @Adele and Simon Konecki visiting the Grenfell Tower, she was dressed in an abaya. Respect to both of you. #Adele #grenfelltower #simonkonecki

3. Adele quietly made her way to the site of the London apartment fire to offer support to victims. In the aftermath of the devastating fire that tore through the 24-story Grenfell Tower in London, Adele and her husband Simon Konecki showed up to mourn and offer whatever comfort and help they could to those displaced by the fire. Her visit was low-key and unexpected, only documented by a few people on social media. The fire has so far claimed 12 lives and injured many more. Several crowdfunding pages have been set up to help the people who’ve lost their homes and loved ones, one of which you can donate to here.

4. Miley Cyrus and Jimmy Fallon are just a couple of subway buskers, no big deal. Whether it was the cameras or Cyrus’s unmistakable voice covering “Jolene,” these two didn’t fool anyone with their disguises, and a huge crowd gathered in NYC’s 50th Street station. Bonus fact: Cyrus says at one point that it was her first time in a subway station. Free concert AND a milestone for Miley — we’ll take it!

5. The new DuckTales theme song is out and it’s a perfect take on the original. Omg, memories! The new DuckTales reboot that we’ve been dying to see is set to premiere in a one-hour TV movie on Saturday, August 12, on Disney XD. In the meantime, fire up the new theme song, performed by former American Idol contestant Felicia Barton, and see if you still remember all the words. Woo-ooh! (h/t Deadline)

6. Quote of the day: “When you take time for yourself, magic happens.” Kim Kardashian on how her time away from the spotlight rejuvenated her creativity (and inspired her new beauty line). (Photo via Dia Dipasupil/Getty)

What do you do to rejuvenate? Let us know @BritandCo!