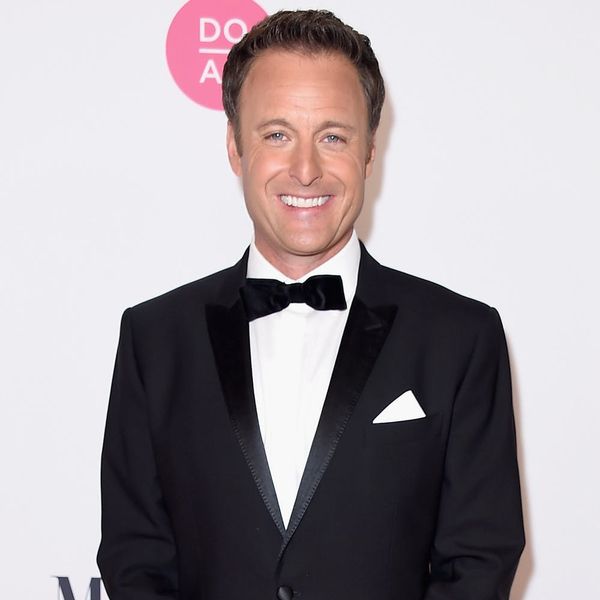 From the moment ABC announced its newest Bachelor spinoff, we were totally on board. In addition to the usual romance we’ve come to expect from the reality TV franchise, Bachelor: Winter Games will have an added layer of competition that’s certain to spark some drama as relationships heat up in the chilly, snowy weather. The show won’t air until February (timed to the Winter Olympics), but Chris Harrison gave The Hollywood Reporter some early scoop on the new series.

“It’s going to be very different. It’s going to be fun. I’m very excited,” Harrison told THR. “We’re still working out the creative aspects of the whole thing, and I’ll be producing on it as well. But I know what’s in store, just the broad strokes.”

The series will be set in Vermont — the perfect locale for a show seeking a winter wonderland — where contestants will compete in various athletic challenges. And like the real Winter Games, Bachelor: Winter Games will feature participants from all over the world.

We’ll still see memorable alumni from our own Bachelor Nation, of course — including, most likely, some infamous rivals and villains — but we’ll also be introduced to international fan-faves from Bachelor Nations around the globe. According to THR, there will be contestants from Bachelor UK, Bachelor Canada, Bachelor Japan, and Bachelor Australia, setting the stage for even more potential rivalries and maybe even a few cross-border relationships.

Harrison told THR which US Bachelor folks he’d like to see on the new spinoff, listing twins Emily and Haley Ferguson (who made a vicious appearance on season four of Bachelor in Paradise) as his top picks. “The twins have to be there. I love the twins,” he said. “They’re like, ‘This might be the last time you see us!’ and I’m like, ‘Never. I’ll always have you in my life.'”

THR also talked with a few cast members to find out what they think about the possibility of appearing on Bachelor: Winter Games, and, well, their reactions were mixed… as you might expect.

Wells Adams said he would be up for the gig, but only “as the bartender.” (He cited his lack of snowboarding and skiing skills as reasons to stay out of the competition.)

Jasmine Goode, meanwhile, told THR she’d at least consider it. “Paradise was the bomb, but I kind of want to be single and date — but I’m not saying no. Never say never. I’m single and if Winter Games pops up, why not?” she said. “I love competing; I’m an athlete.”

Amanda Stanton, on the other hand, told THR that she’s done with the entire franchise. “[Paradise season four] is my last time on a Bachelor show, but I’m glad that I did it. It’s kind of like my last shot at everything, and I had a lot of fun. I’m really glad I came back, but it’s my last time.”

We’ll just have to wait to see who ends up in the competition when Bachelor: Winter Games comes to ABC in February 2018, just one month after the season 22 premiere of Arie Luyendyk Jr.’s season of The Bachelor.

Are you excited for the Bachelor: Winter Games spinoff? Who would you like to see appear on the premiere season? Let us know @BritandCo!

Desiree O
Desirée O is a ‘Professional Bohemian’ who loves anything and everything related to the arts, entertainment, and pop culture. She ADORES being a ‘Newsy’ for Brit + Co, covering all of the latest tidbits of awesomeness that you want to read about. When she’s not writing, she’s either making messy art, going on long adventurous walks with her camera, or poking around over at bohemianizm (http://www.bohemianizm.com/). You can find out about Desirée O and her work at http://DesireeO.com/ or follow her on Twitter @DesireeO.
the bachelor
TV
the bachelor The Bachelorette TV
More From TV