Chris Hemsworth Napping With His Kids Is the Sweetest Thing EVER 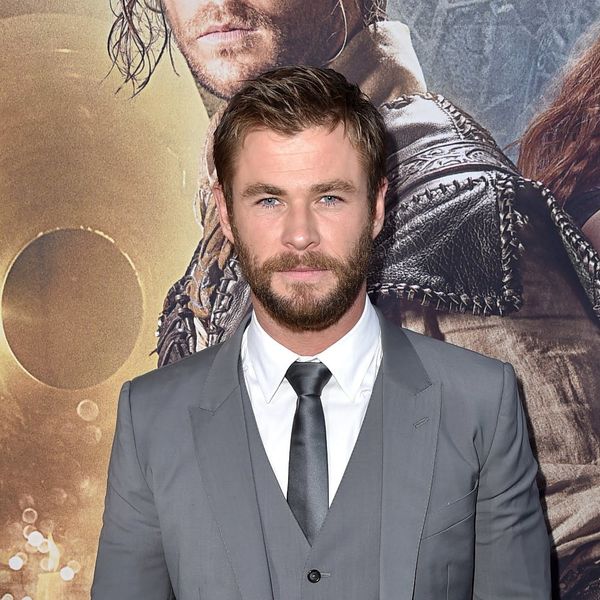 While Liam Hemsworth and Miley Cyrus are not quite commenting on their on-again engagement, big bro Chris Hemsworth is living the family-life dream. After recently proving himself to be the cutest dad in the world by making his little girl’s birthday cake (while also flashing some Thor-worthy biceps), his love, Elsa Pataky, has now captured a pic of her hubby napping with their little ones in a moment that might seriously be the sweetest thing EVER.

While appearing to be on a plane, jetting around the world during their busy celeb schedules, the parenting pair who always travel together with their little ones (“together everything is better!”), Chris and two of his three kiddos cuddle while totally asleep. Four-year-old India Rose slumps against her papa as one of their two-year-old twin sons hugs his daddy, with Chris wrapping his arms around both. Excuse us while our hearts explode.

Elsa shared the pic on her Instagram account with the caption, “Nothing better than sleeping in papa’s arms!” (also adding the line in her native Spanish) as well as popping in a string of adorable hashtags including #bestmoments and #lovethemsomuch.

As if the pic couldn’t get any better, you’ll definitely want to note the open bag of chips propped between the kids. Even Norse superhero gods like to snack, obviously. Especially if they’re also parents who happen to have their hands full.

How much does this pic of Chris Hemsworth and his kids make you squee? Tweet us @BritandCo!