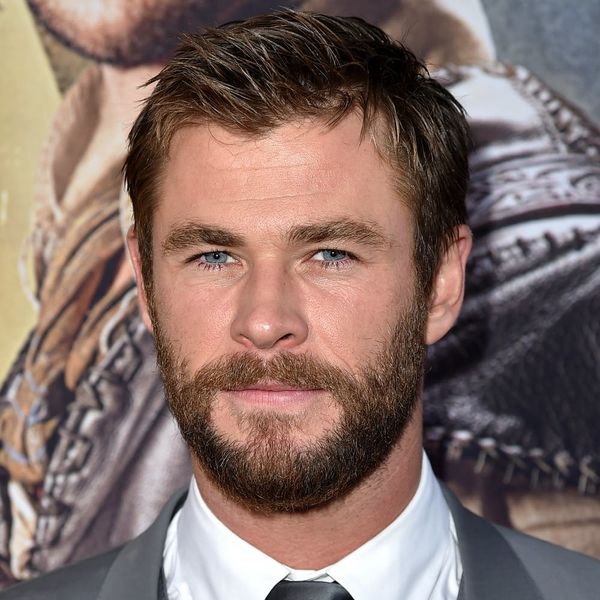 Chris Hemsworth has already proved that he’s pretty much the cutest dad via his own Instagram page, but it was his wife Elsa’s (who recently got a matching tattoo with potentially soon to be sis-in-law Miley Cyrus) shot of the actor whipping up a dinosaur shaped cake for his daughter that really had our hearts liquefying.

Chris’s wife posted this image of the Thor actor in the kitchen baking a cake for his daughter’s birthday. No, we’re not checking out his biceps. We’re just admiring his batter-mixing technique. “Papa working hard on India’s cake!” the proud mom wrote.

What happens when the bakery says they don't have time to make your daughter a birthday cake? You get involved and smash one out yourself ! I call it "La TRex al la chocolate"

Rightfully proud of his creation, Chris showed off the finished goods, writing “What happens when the bakery says they don’t have time to make your daughter a birthday cake? You get involved and smash one out yourself.”

We’re gotta say, we’re pretty impressed with your skillmanship, Chris! “TRex a la chocolate” (Chris’s given name for the dino) has good shape and rather remarkable detail — the glitter was a nice touch! Beyond that, any dad who’s willing to go above and beyond with a handmade dinosaur cake is more than alright by us.

And hey, should he ever get tired of acting (nooooo!), he’ll always have his pastry chef skills to fall back on.

Have you ever baked a bday cake? Show us on Instagram @BritandCo!

Nicole Briese
Nicole is the weekend editor for Brit + Co who loves bringing you all the latest buzz. When she's not busy typing away into the wee hours, you can usually find her canoodling with her fur babies, rooting around in a bookstore, or rocking out at a concert of some sort (Guns N' Roses forever!). Check out all her latest musings and past work at nicolebjean.com.
Baking
Celebrity News
Baking