How Chrissy Teigen, Lena Dunham + More Are Standing Up to Body Shaming 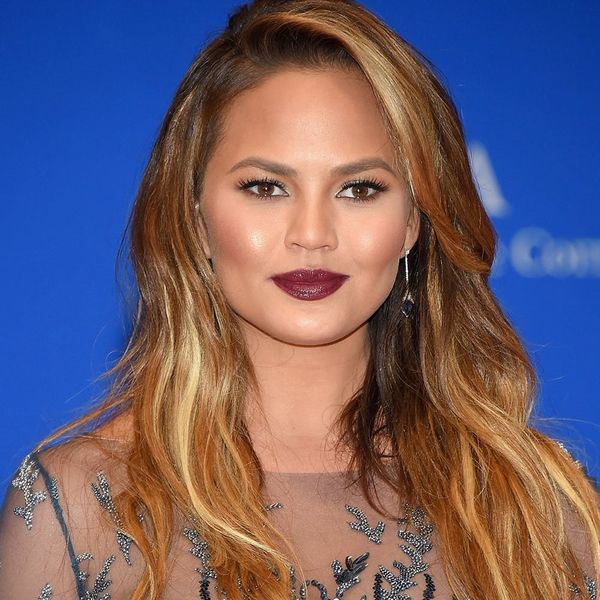 There are a lot of things we worry about on a daily basis: finding enough time to get everything done, making enough to pay the rent, not being majorly awkward on that date… the list goes on. One thing we shouldn’t be letting into our heads is that super destructive self doubt. You know, the one that’s telling you your legs are too chubby or your neck’s not quite long enough. Vanishing that nitpicky voice is a challenge all on its own, but the constant bombardment of perfectly Photoshopped celebrity photos we see definitely isn’t helping the issue. How can you feel good about yourself when your favorite celeb is walking the red carpet with zero signs of love handles and flawless skin? Well here’s the thing, they don’t look like that all the time. Most days, they look, you know, normal. Not perfect.

1. Chrissy Teigen: The 29-year-old model is by no means lacking in the beauty department, but she’s far from perfect and she knows it. Teigen made waves in the Instagram world last week when she posted this picture of her sitting cross-legged. She captioned the photo, “Bruises from bumping kitchen drawer handles for a week. Stretchies say hi!” While on The Meredith Vieira Show she said, “I was just taking a picture of the bruises and then I saw the stretch marks in there, and I have those apps — Facetune, the Photoshopping one, and I just didn’t feel like doing it anymore and I’m never going to do it again.” (via @chrissyteigen)

2. Kelly Clarkson: After the star appeared on The Graham Norton Show earlier this month, English personality Katie Hopkins rudely tweeted, “Did she eat all of her backing singers? Happily I have wide-screen.” Whaaaat? But fear not, when the singer was informed about the mean comment she responded by saying, “That’s because she doesn’t know me. I’m awesome! It doesn’t bother me. It’s a free world. Say what you will.” She went on to explain, “I’ve just never cared what people think. It’s more if I’m happy and I’m confident and feeling good. That’s always been my thing. And more so now, since having a family – I don’t seek out any other acceptance.” You go, girl! (Photo via Christopher Polk/Getty)

3. Lena Dunham: The “thigh gap” is an infamous term within the millennial generation. The unrealistic beauty trait can be a harmful ideal to aspire to, and Lena Dunham decided to do something about it. Never one to be shy about her curves, Lena posted a photo of her upper leg alongside the brief caption, “springtime means shorteralls #nothighgap.” Seems simple enough, but apparently that hashtag struck a chord with a whole lot of ladies who felt the same way— #nothighgap now has over 25,000 photos attached to it. (via @lenadunham)

4. Pink: Earlier this month, Pink posted a few photos of herself and her family at a benefit for cancer research. Alongside the photos she wrote things like, “Willow said to me the other day whilst grabbing my belly-“mama-why r u so squishy?”And I said..”b/cuz I’m happy baby” and “my hubby says ‘it’s just more to love baby’ (and then I smack his hand off my booty cause we’re in a supermarket).” Unfortunately, these messages embracing self-acceptance were met by rude remarks from those pesky Internet trolls. In response, Pink posted a message that ended with, “I am perfectly fine, perfectly happy, and my healthy, voluptuous and crazy-strong body is having some much deserved time off.” As a cherry on top, she signed the letter “Love, Cheesecake.” (Photo via Frederick M. Brown/Getty)

Have you seen any other instances lately in which celebs have taken a stand against body shaming? If so, share with us in the comments below.