Why This New Study Claims You Should Never Wear Red 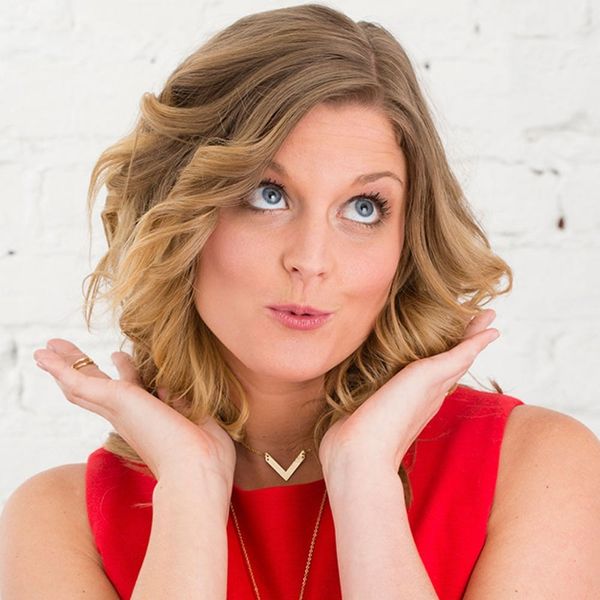 Blue for calm? Green for energy? Yellow for optimism? Color psychology is real, folks. It’s widely discussed in home decor circles as establishing certain moods, vibes, auras, etc. Now, we’re here to give you some info on a less-talked-about color psych issue: your wardrobe. So the next time you’re thinking of donning a red shirt, consider this: Wearing red may get you perceived as more angry than folks wearing more demure colors like blue and gray. According to a new study done by researchers at Durham University, you might want to think twice before donning that red getup.

During the study, 50 men and 50 women were shown digitally manipulated photos of men wearing the three colors and were asked to rank them for aggression and dominance. The targets presented in red were seen as more aggressive, dominant, brave and also more likely to win a competition. Only male participants rated those wearing red as being more dominant, but both sexes were in agreement about it coming off as aggressive.

“We know that the color red has an effect on the human brain. This is embedded in our culture, for example the idea of wearing a red tie — known as a ‘power tie’ — for business, or issuing a red alert,” said Diana Wiedemann, a PH.D student who ran the experiment. “The implications of our research are that people may wish to think carefully about wearing red in social situations and perhaps important meetings, such as job interviews. Being perceived as aggressive or dominant may be an advantage in some circumstances but a disadvantage in others, for example where teamwork or trustworthiness is important.” Okay, okay, so we might think twice about wearing that bold red dress to our next job interview…

Ladies, you might want to take this with a grain of salt though. Note that the study focused only on men. The researchers did not look at how people view women wearing red, but did note that it was a topic for future research. We also want to know if bold red lipstick a la Taylor Swift counts as “wearing” red. Because how could our gal Tay-Tay ever seem aggressive? And also, when it comes to “looking aggressive” we don’t know if the girlboss in us always wants to play by the rules ;)

Do you think red = aggressive? What are your favorite colors to rock? Let us know in the comments below!

Clarissa Wei
Clarissa Wei is a Los Angeles-based writer who knows a lot about Asian food and the hidden gems of her city. She lives in the San Gabriel Valley, and you can find her making dumplings from scratch or hiking the local mountains.
study
Trends and Inspo
study
More From Trends and Inspo