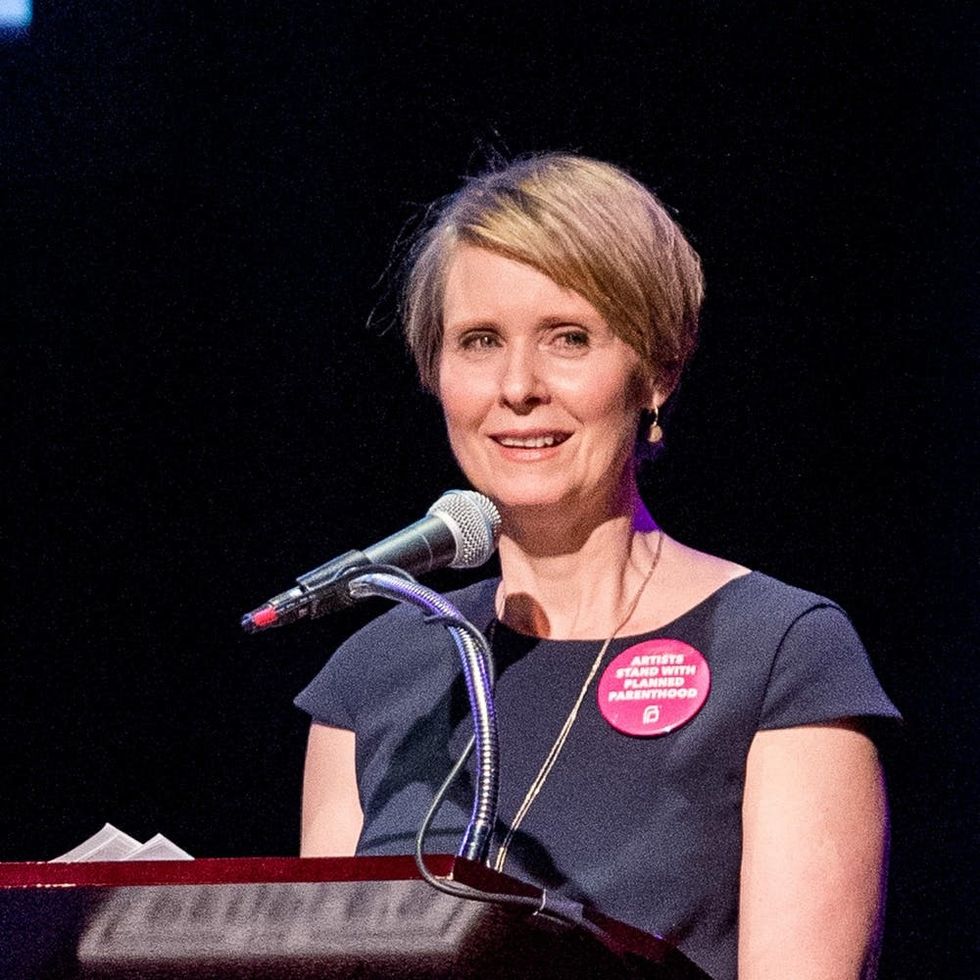 Former New York City Councilwoman Christine Quinn came to national attention Monday when she lashed out at the actress, activist, and now-politician Cynthia Nixon after Nixon officially announced that she would be running against New York Governor Andrew Cuomo in the state’s Democratic primary. In an interview with the New York Post, Quinn referred to Nixon as “an unqualified lesbian,” and questioned Nixon’s ability to govern. Now, the political candidate is clapping back.

“When I announced yesterday that I’m running for gov, one of Cuomo’s top surrogates dismissed me as an “unqualified lesbian.” It’s true that I never received my certificate from the Department of Lesbian Affairs, though in my defense there’s a lot of paperwork required.” 🤷‍♀️

“When I announced yesterday that I’m running for gov, one of Cuomo’s top surrogates dismissed me as an ‘unqualified lesbian,'”Nixon tweeted. “It’s true that I never received my certificate from the Department of Lesbian Affairs, though in my defense there’s a lot of paperwork required.” Nixon also cheekily added the shrugging woman emoji.

Quinn, who is openly gay and a close supporter of Gov. Cuomo, lost to current New York City mayor Bill DeBlasio in the 2013 Democratic primary for mayor. In the Post interview, Quinn lambasted 51-year-old Nixon for not supporting Quinn’s run at the mayorship and backing DeBlasio instead.

While Quinn did say she agreed with Nixon on a number of important issues, she told the Post that even though Nixon is an accomplished actress and activist, she’s never done any work with skills transferable to the Governor’s Mansion.

“Being an actress and celebrity doesn’t make you qualified for public office. This is a time to move away from celebrity and toward progressive leadership.”