Is Netflix’s Controversial Eating Disorder Film To the Bone Helpful or Harmful? 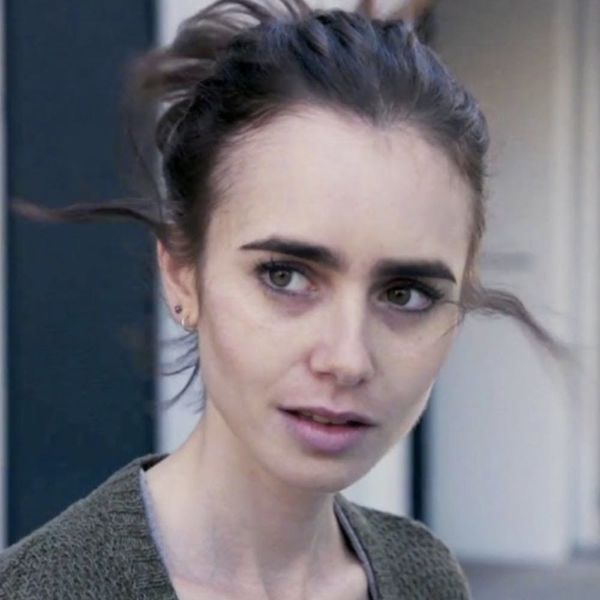 Netflix’s new movie, To the Bone, is stirring the pot of controversy when it comes to eating disorders and how Hollywood portrays them.

Lily Collins plays a 20-year-old named Ellen struggling with severe anorexia while at a treatment center for youth suffering from eating disorders. Writer-director Marti Noxon based the script on her own experiences.

The film tries for diversity — the love interest is a guy also fighting anorexia — though it’s pretty much focused on skinny white women who have the health insurance or cash to pay for this type of intensive treatment.

Threshold, the treatment center in the film, also has zero rules or supervision when it comes to food. All you need to do is sit at the table until everyone has finished eating what they want. This seems kind of dangerous when we’re talking about a group of critically ill individuals in poor physical shape.

And the primary doctor, Dr. William Beckham (played by Keanu Reeves), is supposed to be “brilliant,” though his methods mostly seem to involve shaming Ellen and telling her to “grow up.”

This is all complicated by the fact that Collins herself has struggled with food and body issues. She’s truly skeletal in the film; she says she lost the weight with the help of a nutritionist and was held accountable by the crew and fellow actors. Still, you have to ask whether it’s responsible to put someone in recovery through this process.

Deborah S. Berlin-Romalis, the Executive Director at Sheena’s Place, an eating disorder center in Toronto, acknowledges that Hollywood flicks are rarely going to give an accurate account of mental illness.

But it goes beyond Hollywood. “The world that we live in glamorizes a ‘body myth’ that is white and underweight. Look at the media and social media images that surround us,” said Berlin-Romalis.

So is it dangerous for those struggling with an eating disorder to watch this film?

Maybe not. Berlin-Romalis says that To the Bone could help. It can push those who struggle with eating disorders to start a conversation or get teachers and coaches to better understand disordered eating symptoms and advocate for mental health issues in schools.

It can also give peers the facts, get them to ask questions instead of make assumptions, and feel compassion toward those with eating disorders.

“I maintain that if this movie reaches someone who is actively struggling with an eating disorder and that person starts a conversation with someone about seeking help — then this is a positive outcome from a conversation,” said Berlin-Romalis.

The sad truth is that 20 million women and 10 million men suffer from an eating disorder in the United States, though many cases probably go unreported. Anorexia nervosa has the highest mortality rate of any mental illness, according to the National Eating Disorder Association.

And while anorexia continues to be more common among non-Latinx white folk, eating disorders in general equally affect African-Americans, Asians, Latinx, Asians, and non-Latinx white people in the United States.

So it really is important to have a conversation about eating disorders, even one sparked by an imperfect movie like To the Bone.

As Lily Collins herself told Entertainment Weekly, “This conversation should’ve happened years ago, but if not now, then when? It’s only getting worse. People need to better understand the gravity of the situation.”

Did you watch To the Bone? What did you think? Tell us @BritandCo.

If you’re struggling with disordered eating, you can call the National Eating Disorder Association’s helpline at 1-800-931-2237. You can also take their short quiz to see if you might have an eating disorder and search for treatment options or support groups near you.

Bronwyn Kienapple
Bronwyn Kienapple is a Toronto writer who recently spent four years living in Mexico City and traveling in Southeast Asia. She's a former publishing professional who quit her full-time job to travel and write. When she's not penning cozy cat mysteries for Amazon or ghostwriting romance and YA, she's hoarding foster cats, eating all the vegan food, and planning trips near and far.
Controversy
Womens Health
Controversy Netflix
More From Womens Health