“Dynasty” Recap: Blake Mows Down [Spoiler] With His Car 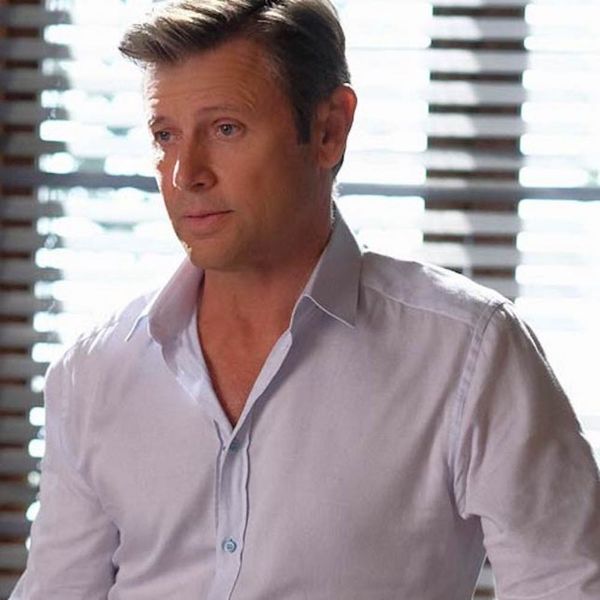 Dynasty is walking an interesting line with Fallon Carrington (Elizabeth Gillies), who cycles between being the protagonist and antagonist of the show. It’s refreshing to see the bold daughter at the center of the action — if this reboot were on CBS, for instance, the hero would obviously be Grant Show’s patriarch Blake Carrington — but Dynasty also needs to be careful not to let Fallon slide into being a caricature.

On the latest episode, “Company Slut,” Fallon veers dangerously close to that cliff in her interactions with stepmom Cristal (Nathalie Kelley). It’s fun to watch Fallon try to thwart her stepmother (who isn’t evil at all, just a little milquetoast so far) at every turn, especially because she is rarely successful in sabotaging Cristal’s life.

But her snide comments are so over the top in their cruelty that it just makes Fallon come across as a horrible person, when really she’s a character we should all be celebrating. Gillies is doing her best with what she’s given, but I wish the writing were just a bit sharper for her.

Anyway, over the course of the two women facing off with eight other Atlanta businesswomen to land a prestigious Woman of the Year cover from a local magazine, Cristal starts rehabbing her image in the wake of the sex tape release. She desperately wants to win the Woman of the Year title to help her image, but that award actually goes to Fallon — because she extorts her way into it. So Cristal “celebrates” with her by spraying her with Champagne. And then when her father finds out it was Fallon who leaked the sex tape, he kicks her out. Hopefully, that won’t last long, because the Carringtons really should be under one roof for maximum drama.

Meanwhile, even though Cristal doesn’t win, the magazine award nomination is a good start for her. However, the real battle is at Carrington Atlantic, where everyone is looking at her sideways after the sex tape.

Interestingly, Cristal finds an unlikely ally in a woman named Kylie (Ellen Wroe), who is not afraid to tell Cristal what people think of her — namely, that Cristal slept her way to the top. Cristal is bound and determined to prove otherwise, so she promotes Kylie to her old position as head of PR. Cristal likes it that Kylie had the good graces to stab her in the front (though I would argue that Kylie didn’t actually stab her anywhere, she was just being honest), whereas Deirdre was the woman who smiled to her face and then stabbed her in the back to the boss.

Deirdre puts on the “concerned employee” face to tell Blake that one of their biggest clients doesn’t like Cristal’s promotion — they’re pretty conservative and the sex tape probably offended them. At first, he caves to the pressure of maintaining an image and asks Cristal to take a step back, but eventually, he realizes the best course of action for his life, both personal and eventually professional, is to stand by his woman and weather the storm together.

All these good deeds inspire Cristal to talk to Claudia (Brianna Brown) to try to apologize for her affair with Matthew (Nick Wechsler) and for lying about it after his death. Claudia is having none of it, however, which is perfectly within her right. As she says, it’s not on her to assuage Cristal’s guilt.

And then, just when you think it’s a fairly normal hour of primetime soap, Dynasty kicks things up a notch by having Claudia come at Cristal with a brick and Blake subsequently run Claudia down with his car. It actually looks like an accident on Blake’s part, though he certainly was driving fast for a residential neighborhood.

So is Claudia dead and Blake embroiled in another scandal? Or will there be some twist where Claudia is seriously injured and ends up convalescing at the Carrington mansion? That would be a lot of fun.

Oh, and Steven (James Mackay) has an old flame come into his life: Ted DiNard (Michael Patrick Lane), a former boyfriend who was a drug addict and left Steven when Blake gave him hundreds of thousands of dollars to go away quietly. Ted wants back in Steven’s life, even if it’s only as friends, but then he goes and sleeps with Sammy Jo (Rafael de la Fuente), and the look on Steven’s face couldn’t be any more shocked if Ted had smacked him.

Sammy Jo claims it’s because he wants Ted to hire him, but that’s not a great way to get a job, SJ. I smell serious BS. Sammy Jo’s entire purpose on the show is to sow enmity. There’s no way he did that without even considering what it would do to Steven.