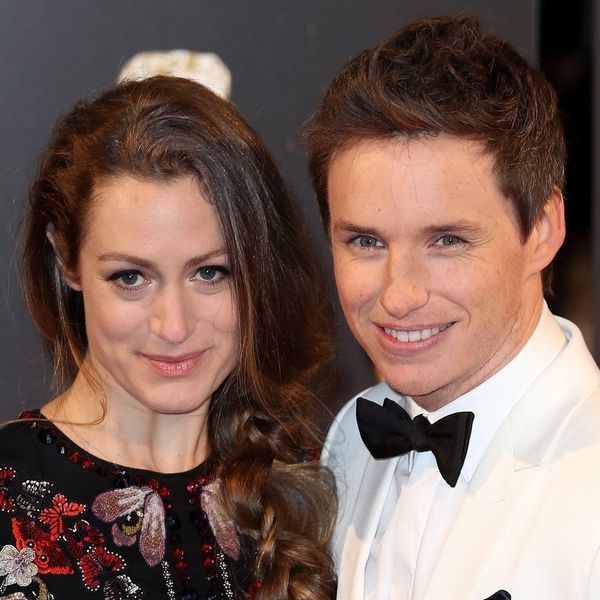 It’s been a good week for Eddie Redmayne! First, we were we treated to the debut trailer of his latest endeavor, Fantastic Beasts: The Crimes of Grindelwald, in which he reprises his role as Newt Scamander. Now, the Oscar winner and his wife, Hannah Bagshawe, have some happy news to share on the personal front: They’ve welcomed baby number two!

The actor and his PR executive wife, who revealed that they were expecting back in November with a statement to Us Weekly, have officially announced their newest arrival of one healthy baby boy.

Rather than taking to social media, the duo decided to go old school, placing a traditional birth announcement in The Times newspaper. The little one’s name was also revealed, and it was equally traditional. “REDMAYNE: On 10th March 2018 to Hannah (née Bagshawe) and Edward, a son, Luke Richard Bagshawe, brother to Iris.” Awww!

The 36-year-old big screen star and his love tied the knot in December 2014 after two years of dating. They welcomed their first child, Iris May Redmayne, on Father’s Day 2016 — Talk about great timing!

Redmayne spoke to ET about becoming a dad at the time, saying, “But all the things [like] different parts of your heart opening… it’s really extraordinary. There’s this amazing thing with children — whenever you’re having a bit of a tired moment or something, it’s like, she’s always just one stop ahead of you, smiling you along. It’s great,” he concluded.

Looks like he’ll now have double the reasons to smile! Congrats, you two!

What do you think of Eddie and Hannah’s super traditional announcement? Tweet us @BritandCo.