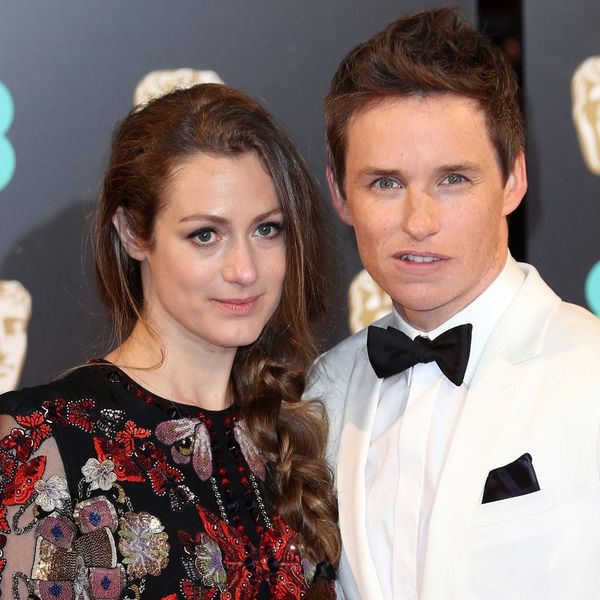 Fantastic Beasts and Where to Find Them star Eddie Redmayne and his wife Hannah Bagshawe have some exciting news to share with fans. Just over a year after the couple welcomed their first child, daughter Iris, into the world (on Father’s Day, no less!), the pair has just announced that their second little muggle is on the way!

“Eddie and Hannah are delighted to confirm they are expecting a second child,” a spokesperson for the actor confirmed to Us Weekly.

The duo made the announcement after appearing at an event in East London earlier today , sparking rumors around a potential addition to the family.

The 35-year-old celeb and his PR executive love reportedly started dating at the beginning of 2012 and took their relationship public that December, when they showed up together on the red carpet for the London premiere of Les Misérables. By 2014, they were engaged, tying the knot in a small ceremony at the Babington House in Somerset, England, in December of the very same year.

The proud papa described his favorite moments of early fatherhood with his then-four-month-old daughter to Peoplelast November, saying, “If Iris has managed to sleep through the night and then you hear a gentle squeak and you go in [her room] and turn on the light … and the massive grin that’s like, ‘It’s a whole new day.’ That’s probably the greatest thing.”

Looks like he’ll soon have TWO massive grins to look forward to!

Are you excited that Eddie Redmayne and his wife Hannah Bagshawe are expecting baby #2? Let us know @BritandCo!

Desiree O
Desirée O is a ‘Professional Bohemian’ who loves anything and everything related to the arts, entertainment, and pop culture. She ADORES being a ‘Newsy’ for Brit + Co, covering all of the latest tidbits of awesomeness that you want to read about. When she’s not writing, she’s either making messy art, going on long adventurous walks with her camera, or poking around over at bohemianizm (http://www.bohemianizm.com/). You can find out about Desirée O and her work at http://DesireeO.com/ or follow her on Twitter @DesireeO.
Celebrities
Celebrity News
Celebrities Celebrity Baby
More From Celebrity News