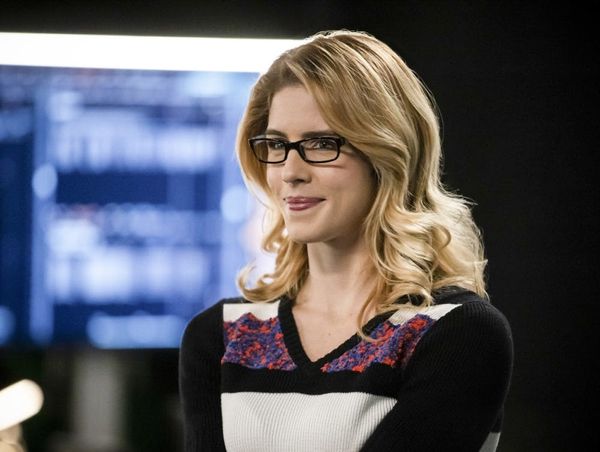 More sad news for Arrow fans: Not only will season 8 be the show’s last, but Emily Bett Rickards has just confirmed that her character, Felicity Smoak, will soon be saying goodbye to the series, as she’ll be leaving the show at the end of season 7.

The 27-year-old broke the news on Instagram on Saturday, March 30, posting a tribute to Smoak featuring five very different snaps of her from various episodes, which she captioned with some sweet (and funny) words.

“The time has come to talk of many memes,” the actress told her 2.6 million followers, launching into a heartfelt poem. “Of bows and arrows and superheroes and Olicity and Queens / And why TGA is so damn hot / And yes, canaries need more scenes… But wait just one minute before we go and do all that / For this makes me out of breath / To have this not small chat,” she teased before finally making her big announcement: “Felicity and I are a very tight two / But after one through seven / We will be saying goodbye to you.”

She continued, “I thank you all for the time we’ve shared / The elevators we have climbed / The monsters we have faced and scared / And the burgers we have dined / I will keep her in my heart for always / And I hope that you can too / Because she would not be alive if it weren’t for all of you. Love, Felicity and Me.”

Costar Stephen Amell responded to the news by simply tweeting a snap of Rickards’ first appearance on the show, while Arrow‘s executive producers, Greg Berlanti and Beth Schwartz, shared their sadness over her departure with Entertainment Tonight, saying, “We’ve had the pleasure of working with Emily since season 1 and in those past seven years she has brought one of TV’s most beloved characters to life. And although we’re heartbroken to see both Emily and Felicity leave the show, we’re completely supportive of Emily and her future endeavors. She will always have a family at Arrow.”

Arrow airs Mondays at 8pm ET/PT on The CW.