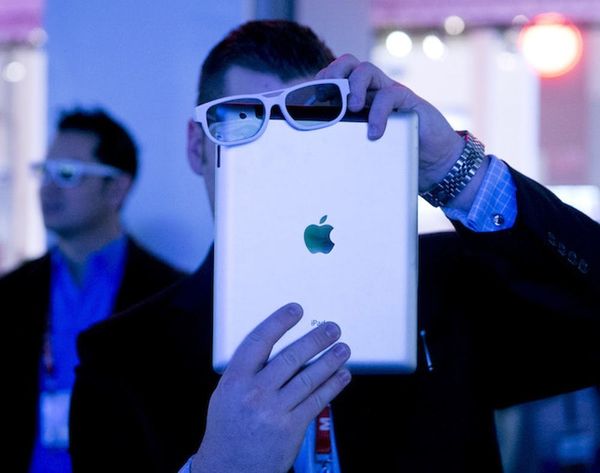 The Internet spreads more Apple rumors than a 7th grader does about their frenemy, and we just can’t resist eavesdropping. We think we know a few things about the upcoming iPhone 6, but there’s gossip to be had about the next iPad, too. Perhaps in response to declining tablet sales, rumor has it that Apple will be releasing a giant iPad next year. Bloomberg reports that they’ve been developing the largest-ever model, with a screen clocking in at 12.9 inches (the largest size right now has a 9.7-inch screen).

Back in 2013, the Wall Street Journal reported that Apple was testing some bigger screens for both the iPad and the iPhone, so it’s not necessarily a new rumor. Bloomberg’s article is pretty specific about the details of this new product though, which they say will go into production in early 2015. In that case, we hope to hear about it on September 9, at Apple’s big press event. We’re trying not to get our hopes up too much though, just in case this becomes another iWatch situation (though, that promising wearable might also be announced in September as well).

All we can do now is wait and see, but if this big ol’ iPad really is coming, we’ll be the first (or, more realistically, the three millionth) in line.

What would you do with a larger iPad? Let us know below!

(images via PopSugar and Bloomberg)

Annie D'Souza
Annie is the founding father and editor-in-chief of The Midwestival and a long-time jean-on-jean enthusiast.
Apple
Tech
Apple