Here Are the Facts You Need to Know About Emergency Contraception 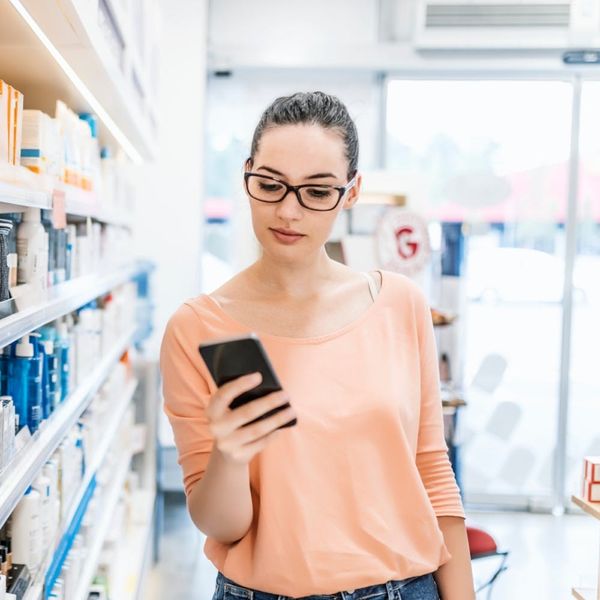 There are plenty kinds of contraception that prevent pregnancy when used before having sex, but sometimes one partner forgets to take a pill, another forgets to use a condom, or one of those forms of contraception malfunctions. If you’re in that situation, don’t panic: There are a couple different forms of emergency contraception available (many in major drugstores, and some even without a prescription). To dispel one myth right from the start, most of these methods don’t stop a pregnancy after a fertilized egg implants in the lining of the uterus, but they instead provide an emergency option for preventing pregnancy by delaying ovulation. In case you need a backup plan for contraception, here are facts to take note of, straight from doctors.

1. For many forms of emergency contraception, you don’t need a prescription. As of 2013, anyone of any age can get emergency contraceptive pills like the classic Plan B One-Step over the counter at their local pharmacy, and the same now goes for the generic forms Next Choice One Dose, Take Action, and My Way. These pills contain the ovulation-delaying hormone progesterone. If you choose another pill, Ella, which supplies you with a different hormone, ulipristal, it does require a prescription from your doctor, shares Dr. Nicole Ceradini, MD, an OB/GYN at CareMount Medical. “This pill also mainly works by delaying ovulation,” Dr. Ceradini explains.

2. You have a larger window than you might expect to take a “morning-after” pill. After unprotected sex, you actually have a couple of days to take action with some measure of emergency contraception, doctors say (though it’s most effective the sooner you take it). The window of time for Plan B One-Step is 72 hours, or three days; the window for Ella is a bit longer, at 120 hours, or five days, according to its manufacturer.

3. It’s not just for when you forget to use birth control. Common reasons for needing a backup plan after unprotected sex are missing a birth control pill, skipping the use of condoms or other barrier methods, or breakage of a condom or other form of contraception, but there are a few additional scenarios you could also find yourself in. “Other situations include being late for a Depo-Provera injection or having had an IUD expelled,” offers Dr. Ceradini.

4. You may experience some side effects from an EC pill. You may have heard rumors about the nasty side effects that can come with morning-after pills — like nausea, cramps, irregular bleeding, and headaches — and these do happen in some cases. Dr. Ceradini tells us that 10 to 20 percent of those who take EC pills report these negative symptoms. However, everyone’s bodies and reactions to certain hormones are different. If you have taken emergency contraception and experience heavy bleeding, a fever, or a missed period, family medicine physician Dr. Nicole Serra Tully, MD, advises consulting your healthcare provider, as those are not regular symptoms.

5. You can actually use a copper IUD as emergency contraception. Inserting a traditional, non-hormonal, copper-based IUD like a Paragard can act as emergency contraception, Dr. Tully says. Hormonal IUDs like the Mirena have not been studied in clinical trials as emergency contraceptives, but copper-based IUDs work against the egg and sperm and can even prevent fertilized eggs from implanting, so they work even better than EC pills to prevent pregnancy in emergency situations. They also have a bigger window than the pills, working up to a week later. One of the biggest marks in their favor is that they remain effective for years after insertion — so if you’re the sort of person who hates having to remember to take a pill or use a barrier contraceptive, they can be a great choice to also avoid future mishaps.

6. There is still a small chance of pregnancy when you use emergency contraception. Though morning-after pills and IUDs are known to be highly effective in preventing a pregnancy from occurring, no method is 100 percent effective. “Plan B, the most commonly used morning-after pill, still results in about a 2-3 percent chance of pregnancy,” Dr. Ceradini cautions. “It should not be relied upon as a primary method for birth control, but is a good option for unplanned emergency situations.” You should also be sure to check with your doctor or pharmacist whether a particular EC pill will work for you — there’s some evidence that certain kinds have lower success rates (or may even become ineffective) for people above a certain weight.

RELATED: Online Birth Control Services Are Making the Pill More Convenient and Accessible Than Ever Before

Mara Santilli
Mara Santilli is a freelance writer based in New England. Her work has appeared in several publications, including Shape and Marie Claire. When she isn't writing, she can be found munching on any piece of dark chocolate she can get her hands on, plunking out her favorite acoustic songs on the guitar, and finding the cheapest Broadway tickets possible. Follow her adventures on Instagram to see where she's headed next.
Adulting
Health
Adulting Birth Control Womens Health
More From Health