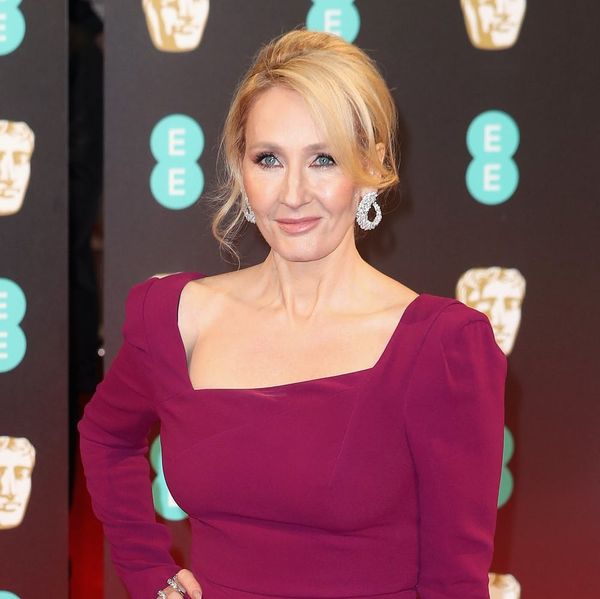 J.K. Rowling is usually the celebrity most able to put a critical lens on pop culture’s foibles, always telling it like it is. As the creator of the Harry Potter series, she created a universe centered around a young boy who was able to overcome obstacles like loss, abuse, and fear in order to achieve great things — and become an international idol for many. Which is why it’s surprising many fans that she’s standing by the decision to cast accused abuser Johnny Depp as Grindelwald in some of the upcoming franchise’s films.

With fans growing anticipation over the next movie in the expanding franchise, Fantastic Beasts and Where to Find Them 2, many were upset to learn of Depp’s addition to the film when the news first dropped in 2016. Earlier that year, photos surfaced of Depp’s ex-wife Amber Heard after one of the beatings she says she suffered while married to the Edward Scissorhands actor. After finally breaking free from his abuse, Heard successfully sued for divorce, donating every dollar of her settlement to abused women.

With this knowledge, Potterverse fans were angry, calling on Depp’s removal from the cast of Fantastic Beasts 2. But, as we learned with the release of the first official cast photo in November of this year, Depp’s portrayal of Grendelwald came to pass, further upsetting fans.

Rowling finally took to her website to address the issue today, and her response is mega problematic. ” Based on our understanding of the circumstances [of Depp’s personal life], the filmmakers and I are not only comfortable sticking with our original casting, but genuinely happy to have Johnny playing a major character in the movies,” she wrote in a blog post, where she also outlines discussions between her and the movie’s director David Yates on the issue.

Yates has dismissed Heard’s allegations in the past in order to prop up his decision to keep Depp in the movie. “With Johnny, it seems to me there was one person who took a pop at him and claimed something,” Yates told Entertainment Weekly. “It’s very different [to instances] where there are multiple accusers over many years [like Harvey Weinstein] Johnny isn’t in that category in any shape or form. So to me, it doesn’t bear any more analysis.”

While Depp may not have multiple famous accusers, the idea that there are varying degrees of severity when it comes to abuse is not only absurd, but it hurts victims rights and tells victims that their stories don’t matter. Rowling’s statement has set off a firestorm online, with fans calling the author out over her acceptance of Depp in her franchise, and the author blocking people for calling her out on her hypocrisy.

hp helped so many victims of abuse. harry potter IS A VICTIM OF ABUSE and you blocked some fans that reminded you about this case. i seriously hope those fans don't watch the crimes of grindelwald 'cause they already know the crimes of johnny depp.

@jk_rowling your defence johnny depp and denial of the abuse he has carried out is absolutely DISGUSTING, you are part of the reason victims don't want to share their experiences, don't you dare ever call yourself a feminist or pretend to care about the wellbeing of others again

So if I understand correctly the actor who played Crabbe, a minor character, was fired from Harry Potter for doing drugs. Yet Johnny Depp, who abused his wife, gets a major role in your movies? Correct me if I'm wrong @jk_rowling

Extremely disappointed to hear the @jk_rowling defends casting Johnny Depp, a man who has been physically and verbally abusive to several women including his ex wife, in a universe that was created to make children of abuse feel safe. You're just as bad as them, JK.

While Rowling’s statement also has her declaration that, “conscience isn’t governable by committee,” she’s had no problems in the past lambasting others — like Weinstein — publicly over this very matter.

What do you think about J.K. Rowling’s declaration of support for Johnny Depp? Tell us @BritandCo!

Kat Armstrong
Kat has been a writer, social media maven and mom for longer than she's willing to admit. She's also spent time in front of and behind the camera, interviewing celebs, politicians and acting as a producer for fashion and artistic photography shoots. When she isn't writing for various orgs and publications, she's hanging with her kids, husband and French Bulldog, Peter, in Toronto, Canada.
Controversy
Current Events
Controversy Harry Potter
More From Current Events