8 Father’s Day Quotes That Will Melt Your Heart 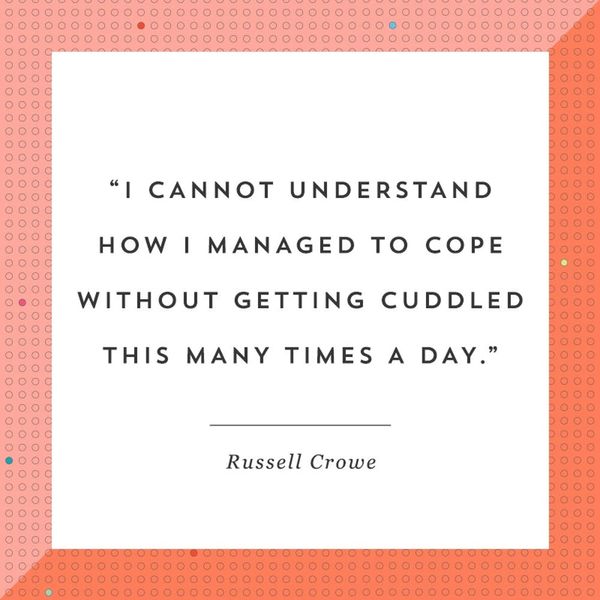 He’s the teller of tall tales, the master of the bad joke. That’s right — we’re talkin’ about the one and only, your dad. And as we celebrate a holiday filled with beer-inspired desserts, beertails and mass quantities of funny Father’s Day gifts, let’s take a moment to remember the real purpose of this holiday — to honor and celebrate fatherhood. Whether you’re a dad, child or dad-to-be, read on and gain some wisdom from these insightful quotes about being a parent. From Hollywood heroes like Russell Crowe to everyday people sharing their experiences, these eight quotes genuinely capture all the feels that go along with being the legend himself.

Don’t be fooled — no matter how much time passes, dads will always be a hero in their little one’s eyes.

Boys come and go, but the love between father and daughter is one that never fades.

Love is a two-way street, changing both child and parent in the most fantastic ways.

Leave it to Sesame Street’s Jim Henson to find ways to teach us new life lessons, even as adults.

Whether you’re just a child or parent yourself, your dad will always be the tallest man in the room (metaphorically speaking, of course).

Hollywood A-lister Russell Crowe never fails to make us swoon! Between the slammed doors and constant protests about the cleanliness of their rooms, let’s not forget that being a parent does come with many heartwarming perks ;)

Being present in your child’s life can be seriously exhausting, but it’s totally worth it!

Wendelle Co
Wendelle is a Brit + Co contributor and a notorious pop culture and film junkie (with a passion for everything '90s). When she’s not writing, you can find this San Francisco native brunching with her bestie or working at a wedding or two. You can follow her latest escapades on her Instagram @WheresWendelle
Father's Day
Creativity
Father's Day