10 Successful Women Share Their Best Advice for Chasing Your Dreams 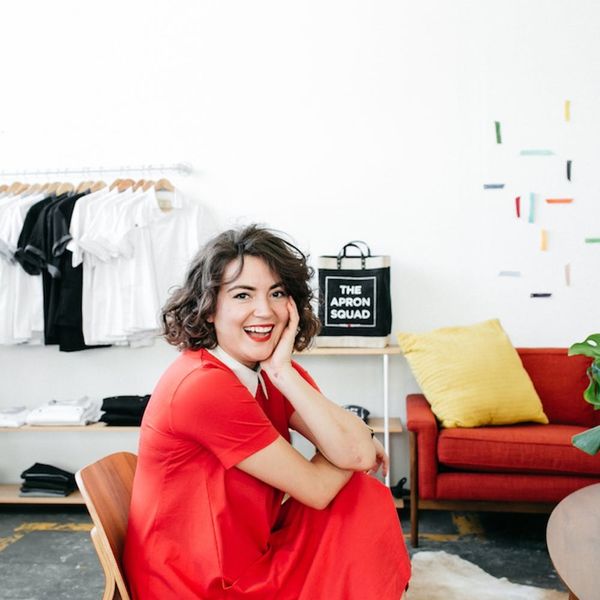 The start of a new year always means looking at what goals, resolutions, and dreams you’d like to tackle in the coming months. Perhaps you want to revamp your office desk, or you’re on the hunt for a new job. One thing is for sure: A tribe of badass women out there are doing what they love for a living, and we can always learn from what they’ve done to get there. In our How to Quit Your Day Job series, we’ve chatted with dozens of movers and shakers — from artists to the CEOs of BaubleBar — about how they’ve made their dreams come true through long hours, guts, and unending drive. Below, 10 dreamers and doers share their best advice for hitting your goals and more.

1. Create your own school. While working full-time, Emily Ley, the organization guru behind the Simplified Planner and Emily Ley Paper, started making stationery on the side, teaching herself how to create a website using YouTube tutorials. “I would stay up very late trying to create my own website. I Googled all sorts of questions and educated myself as best as I could to start small, but smart,” says Ley. She was so excited to learn that it didn’t matter that she was devoting her free time to learning about her passion project. (Photo via Laura Foote)

3. Don’t worry about everyone liking you. From the start, Cora Harrington was clear about what she wanted her blog The Lingerie Addict to be, but not everyone else was on board. Initially, a lot of lingerie brands didn’t want to talk with The Lingerie Addict because it didn’t have the right look, so Cora focused on her readers instead. “What a shame it would have been to stop in those early days because other people disliked my blog. Be nice, but don’t worry too much about everyone liking you,” says Cora. Now, her six-figure fashion blog is the go-to in the lingerie industry. (Photo via Coco Haus Photography)

4. Take baby steps toward your dream.Melissa Ben-Ishay, founder of Baked by Melissa, makes it clear that her success wasn’t achieved overnight, but instead was built on small steps that she took over time. “Do one thing every day that moves you forward,” says Ben-Ishay. After Melissa was fired from her advertising job, she still interviewed for full-time ad gigs while working on Baked by Melissa. “Every day I took steps toward my goal of making my company a success, while keeping a realistic outlook and doing everything I could to continue to be employed.” (Photo via Baked by Melissa)

5. Swap skills with a friend. If you’re a pro at painting nails, but want to learn some business skills, approach a friend who has those talents and offer her free manicures in exchange for business advice. That’s what Jin Soon Choi, the founder of the famed Jin Soon Hand and Foot Spa in NYC and the creator of the JINsoon nail lacquer line, did when she was first starting out and wanted to learn English. “A friend, with whom I exchanged manicures for English lessons, helped me secure my first lease for a salon, which is how I met my architect husband, who designed and built all of my salons,” says Soon. (Photo via Jin Soon)

6. Challenge the status quo. Before Amy Jain and Daniella Yacobovsky started BaubleBar, they had no background in fashion or jewelry, but they didn’t let that stop them. They were passionate about accessories and saw a void when their shopping needs weren’t met. “Don’t be afraid to challenge the status quo, as every great company starts out as a crazy idea! Deciding we were going to do it ourselves and start BaubleBar meant getting over our fear of the unknown and going for it,” says Yacobovsky. (Photo via via BaubleBar)

7. Give yourself a physical challenge.Ellen Bennett, a former cook who created a chef’s line of custom aprons with Hedley & Bennett, challenges herself by signing up to do things that are out of her comfort zone. “I’ll sign up for a ridiculous, crazy, over-the-top physical challenge, like a 300-mile bike ride, or a triathlon or marathon — all things that have happened in the last few years! Extreme sports push you so significantly past your comfort zone that you prove to yourself that you can do it, beyond the point that you think you can,” says Bennett. (Photo via Lily Glass)

8. Nevertheless, persist.Whitney Port and her co-CEO Laurenne Resnik run Bloom2Bloom together and share that if you want to start your dream business, be persistent. Resnik suggests, “Find that balance between being unbelievably relentless in making your vision become a reality and in having the patience it takes to learn from your own mistakes and from others who want to help you.” She shares that being persistent is essential, but the ability to step back and see what you’re doing from multiple perspectives is also helpful. (Photo via Cole Moser)

9. Don’t be afraid to be the only woman. “I spent a lot of years being the only girl in a class, a band, in a group, at a meet-up, etc,” says artist and illustrator Stacy Michelson, a freelance food illustrator who runs a successful Etsy shop. “Maybe I always believed that the kind of artsy things I liked weren’t necessarily feminine or masculine, or maybe I just had great teachers and role models who never treated me differently. All I know is there are so many things I’m really glad I did, even when I looked around and said to myself, “Hmm, it’s all dudes here and me. Weird.” (Photo via Camellia Tse)

10. Light that fire.Jala Smith-Huys, founder of Seek & Swoon, admits that it took her a long time to finally make the jump to start her line of eco-friendly throws. “I spent over a decade fearing the leap. I think I finally got so fed up with my fear (and my own failure to launch) that it lit a fire under me that I couldn’t ignore,” Smith-Huys admits. Her best advice for beating the fear: “Trust your gut, find your tribe, and just do it.” (Photo via Billy Huys)

What’s the best career advice you’ve been given? Tweet us @BritandCo to let us know.