How This Disney Screenwriter Broke into the Entertainment Industry 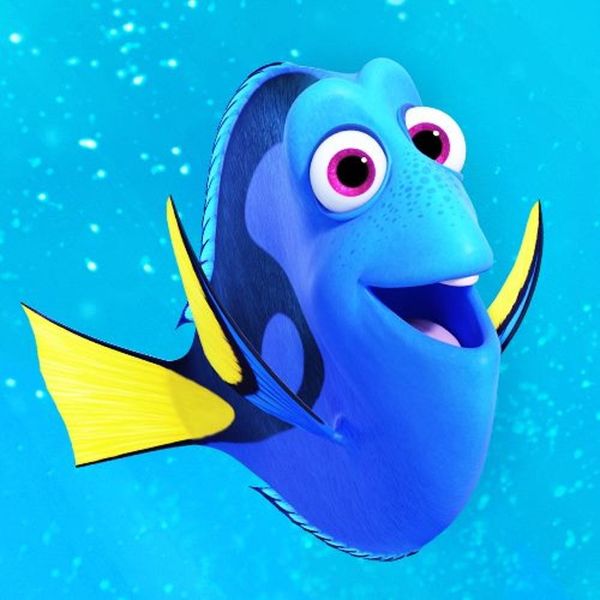 If you’ve been secretly working on a screenplay, TV pilot, or a novel while manning a day job, you know that writing is tough. While you dream of becoming a professionally paid writer, you’re not sure how to get started. One Scandal TV writer shares that the best writing advice she got was from her boss, Shonda Rhimes, who told her, “If your dreams don’t scare you, they’re not big enough.” True that.

In this week’s How to Quit Your Day Job series, we chat with Victoria Strouse, a screenwriter who penned Finding Dory and is currently working on the upcoming Disney live-actionTinker Bell, starring Reese Witherspoon. Strouse shares her journey as a working screenwriter and offers creative advice for women who want to make it in the entertainment business.

Growing up in an entertainment family, Strouse always knew that she wanted to work in the industry. Strouse’s father, Charles, is a prolific Emmy Award-winning composer who has written the music for Shrek 2, Annie, School of Rock, and many more films and shows. When applying to graduate schools, she applied to a bunch of playwriting programs and one film school. She was rejected by the playwriting programs but got into the University of Southern California’s prestigious film school. “I was so humbled and blown away that I couldn’t believe it. I was so excited to go. It set me on the path to be in screenwriting and I’m so grateful,” says Strouse. Since graduating from USC, she’s spent the past 18 years working as a screenwriter and TV writer. (Photo via Jason LaVeris/Getty)

1. Film school is helpful (but not necessary). For Strouse, going to film school was invaluable for her. “As a fairly anxious person, I needed a set of rules and community. As a bit of a loner, I needed other people around and someone to tell me how to do it. For me, I needed to learn the structure of screenwriting,” says Strouse. Everyone’s journey is different, so film school isn’t the only way to make it as a screenwriter, but Strouse mentions that school helped her understand the laws and rules in the structure of screenwriting.

2. Be comfortable in the mess. A month after landing the gig to write Finding Dory, Strouse had a panic attack. “I thought, this can’t be done. You can’t have a main character who can’t remember anything. It’s not like Memento where she [Dory] can tattoo things on her fins. What are we doing to do?” says Strouse. Finding Dory was her first animated feature, and her first time working with Disney-Pixar. “I was fortunate to work with a group of people, the director especially, who had been through breaking an animated movie before. We had great minds thinking on the problems, and who were comfortable in the mess. You’ve got to be comfortable in the mess and enjoy spending most of your time problem-solving or discovering problems,” says Strouse.

3. Love the craft of writing. When sitting down to write a movie, the whole world is open as a potential landscape, says Strouse. “It’s incredibly difficult. I think a lot of people start it and then give up because, like all artistic pursuits, you can’t do it unless you love it.” Even Strouse admits that after 18 years in the business, she still finds the work hard. “But thankfully, I’m so grateful I love it as much as I do.”

4. Write what matters to you. The script that landed her Finding Dory had nothing to do with animation, but instead, focused on a road trip movie about a family. Strouse shares that the Pixar executive who brought her up to meet the director read that script and liked it. “She essentially finds Pixar’s writers,” says Strouse. “What I admire about Pixar is that they genuinely look for quality. What they look for are scripts where they respond to the characters, relationships, themes, and the story. If you talk to other writers who have worked at Pixar, I think probably 99 percent of them had never done a family movie or an animated movie. Writers are really the only job at Pixar that is outsourced, so you’re walking into a community as the writer and you’re bringing your own experience to it all.”

5. Enjoy the slow-motion process. She started working with the Pixar team in June 2012, and four years later, Finding Dory came out. During that intense time period, Strouse likens the writing process to playing a complex tennis match over and over again for four years. “If you’re playing that tennis match in slow motion a hundred times, you’re better prepared for any other match. You do this exploration that strengthens your muscles,” says Strouse. (Photo via Disney-Pixar)

6. Love working for yourself. Most days, Strouse works solo. She’s in charge of her schedule and she loves spending her days coming up with solutions to story problems. Part of her job also involves collaborating with partners on projects or rewriting someone else’s movie that’s on a certain schedule, but overall, being her own boss is a dream job for Strouse.

9. Look at how other artists work. Growing up, Strouse would wake up hearing her father writing a song and later at the dinner table, heard him working on the same song. “It was very natural for me to hear somebody playing wrong notes all day as they struggled to try to find something. I saw how much my father loved it. I think that’s where my tolerance for creative mess came from,” says Strouse. Seeing how her father adored his daily work and how he struggled to find the right notes allowed Strouse to see the creative process for all of its realities, not just the glamorous final finished product.

2. Screenwriting: The Art of the First Draft ($49): If you’ve been wanting to finish that movie idea you’ve had and take it from idea to a first draft, take this Creative Live online course with Hal Ackerman, the screenwriting co-chair of the UCLA School of Theater, Film, and Television.

3. Write a Story ($59): If the fear of writing is stopping you from actually writing, this online course with author Joshua Mohr can help you clear that hurdle. You’ll learn how to grow a scene to its full potential, develop your writing skills, and create a strategy to build plot and characters.

Jennifer Chen
Jennifer Chen is a freelance writer and editor living in Los Angeles. She's written for O, The Oprah Magazine, Good Housekeeping, Real Simple, and several other publications. When she's not cooking delicious vegan meals, she's hanging out with her TV writer husband and twin girls.
Disney
Work
Disney How to Quit Your Day Job
More From Work