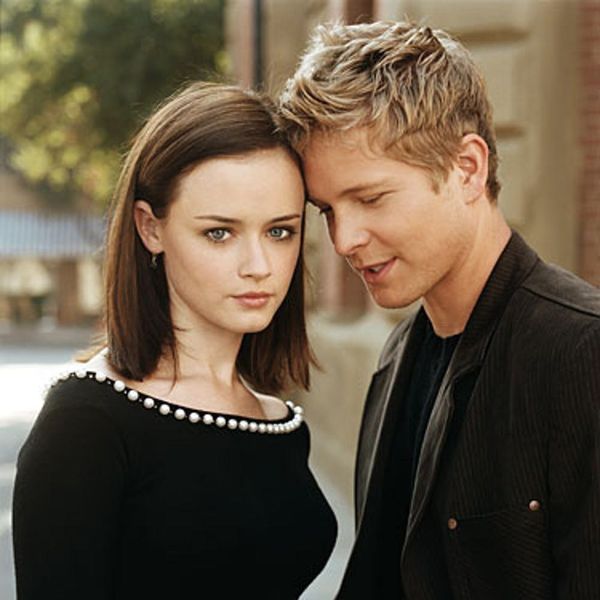 Whoa! This might throw you for a loop. While we’ve been wondering if Lorelai is having a baby in the comeback of the Gilmore Girls, as well as pondering the state of Rory’s love-life, it looks like we may have had things a little backwards. Granted, this is only one of many fan theories floating about, but boy, is it ever a whopper. Fans are not only wondering if Rory is in fact the one that’s pregnant, but there may be reason to believe she’s having Logan’s baby. Eee!

Here are the clues…

Pop-Tart appetizers to hold us over 'till the pizza comes. And one apple.

A few months ago, a Gilmore Girls teaser pic was posted with the caption, “Pop-Tart appetizers to hold us over ’till the pizza comes. And one apple.” Fans assumed this referred to the GG episode “Blame Booze and Melville,” where Lorelai thinks she is pregnant because she’s craving an apple.

When Lorelai heads to the doc, she explains, “OK, see, I’m eating an apple. Now normally, this would not be a sign of anything except hunger, except I don’t eat much fruit. I know I should, but I don’t have a hankering for it. I had it when I was pregnant with my first kid, though. Kept craving those apples, and this morning, boy, was I craving an apple.” Ah ha!

Though, at the time the teaser was posted, everyone thought this was a hint of a Lorelai Gilmore baby on the way, fans are now thinking it’s Rory who’s preggo. Why? Read on!

When it comes to who Rory may have ended up with, fans first noted that filming for the new episodes took place partially in London, which happens to be where Logan lives.

That was followed by cast member Tanc Sade, who plays Finn, posting a pic of himself with Alexis Bledel (Rory) and Matt Czuchry (Logan) along with the caption, “Chillin’ with #Rory & #Logan. Will they? Won’t they? Hmmm…” Hmm, indeed.

This certainly looks like Logan is the forerunner when it comes to who Rory potentially ended up with. And if she is in fact pregnant, then it seems likely that Logan is the father.

Gilmore Girls: A Year in the Life. Coming soon.

It would certainly be a HUGE and super exciting twist for the new episodes. Okay, so maybe this isn’t so much a clue and more of a fact, but still… HUGE!